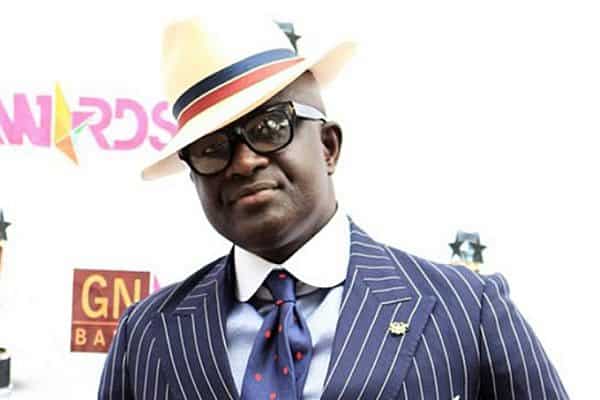 Veteran broadcaster Kwasi Kyei Darkwah, popularly known as KKD, has opened up about his unpleasant experiences on the Accra-Tema Motorway.

In a video that has surfaced, the broadcaster revealed that an armed robber once shot at his car in a bid to stop him on the motorway.

KKD noted that he however hit the robber with the car “to disarm him” and drove to the Tema Police station to report the incident.

The Police, he said, was rather interested in impounding his car, instead of finding the robber and doing the needful.

KKD revealed that as recently as March, 2022, he had another experience that cost him some money, his iPhone and other items.

Narrating his ordeal, KKD said he had a flat tire while driving on the motorway and parked to replace it.

“Some guy riding an okada stops and pretends to be helping me. He walks around my car doing nothing. Next thing I know he moves away from me, calls someone and within three minutes stones are being thrown towards my car,” the broadcaster said.

He explained that the motor rider drew his attention that there was someone behind him, ostensibly to distract him.

“So stones were thrown, one hit my left thumb, one nearly hit my head I ducked. I got my key out, forgot to lock the car and moved away for safety.”

“By the time the things calmed down, I moved back to my car, my iPhone was gone, money in my wallet is gone, shoes I was bringing my sister, documents and my walking cane is gone,” he added.

KKD questioned the government’s commitment to fixing the potholes on the motorway and the lack of Police presence on the road used by many.

“This is the only real motorway we have in the country, we cannot fix the potholes on this motorway, and we cannot have Police patrolling it, but we have sufficient Policemen guarding individuals that we the people have elevated into authority.”

Addressing politicians, KKD said “you were a citizen like me before you were elevated into authority. If the people protect you and you refuse to protect the people, very soon, there will be no protection for you too. Sad country we have, sad country we have become.”

DISCLAIMER: The Views, Comments, Opinions, Contributions and Statements made by Readers and Contributors on this platform do not necessarily represent the views or policy of Multimedia Group Limited.
Tags:
Accra Tema Motorway
KKD