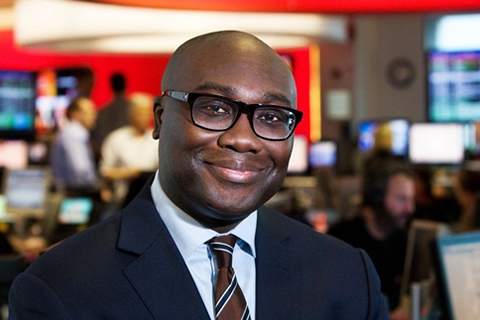 There is no doubt that Komla Dumor on the BBC took the African existential experience, crafted and re-crafted the experience in such a unique and intellectually driven way.

He presented the stories in an exciting and consummate fashion with an infectious smile and confidence which would make anyone think of Walter Cronkite, the man defined as the icon of television news presentation in the US during the 1970s.

Komla in his growing years in the US may have distantly encountered this man Walter Cronkite, but as he progressed in his profession as a broadcast journalist, he was emphatic about how he modelled his career along the paths of Walter Cronkite.

In his presentations, especially on the BBC, ‘Focus On Africa’ one is made to feel that Africa has come alive, ready to speak for itself.

Let it also be known that Komla never wanted to take credit for anything.

All he wanted to do was to take the history of Africa in his ‘feeble’ hands and defy every obstacle to make the people around the world stop, listen and accept the new dawn – the reawakening of Africa.

He was simply saying to Ghanaians and Africans at large and, indeed, the rest of the world that: this 21st century is Africa’s moment. Time is short, but waiting should not be long.”

As I reflect on Komla’s journey in telling the African story he was on trial for his people.

He combined the influences from the environment in which he grew up – family heritage, his country Ghana, US, Nigeria, his long family travels as a child, crisscrossing the globe and his professional work and travels as a broadcast journalist, weaving all these into a beautiful tapestry – Africa as the new frontier.

On stage at the BBC, he was in full flight, bringing about the rewriting of African history and projecting new perspectives and insights into the new dynamics of African development. He spoke with unrivalled passion and was nevertheless merciless in stripping bare the political and economic corruption, chicanery and subterfuge that had emasculated the national and African vision.

Komla undoubtedly stood up and challenged all of us to revisit Africa’s right to development.

The right is a necessary and unconditional right that must be the pre-condition for good governance and the deepening of democratic practice.

The real issue is whether Ghanaians and Africans have been listening? Have they come to see where he was taking the rest of us and the path he sought to create? There is optimism for us to believe that his people have signed on and will not make the mistakes of yesteryears.

There is no option for Ghanaians and Africans to insist on their own rights to dream and dream again and again and create a path for the next generation.

When Komla passed away, many admirers claimed he had achieved rock-star status. Perhaps they are right because he raised the bar of African broadcast journalism beyond compare. He certainly became an icon whose unique way of presenting Africa to the international community engaged the attention of world influentials.

He set the standards. Who else can question Komla’s style in presenting the news on the continent?

Who can question his knowledge on the African Continent?

Who can question his passion for African liberation?

He was committed to verifying the facts, presenting the truth and working within the confines of data and ethical journalism.

He absolutely became the real face of Africa on the international broadcast platform. He was passionate about the critical issues and had the courage to engage world leaders, including Bill Clinton and Tony Blair, to reconsider their world views regarding the African continent.

Komla sought to bring new perspectives on the complex processes of politics, economy and democracy to the doorsteps of Africans in order for them to make informed decisions. His passion regarding the power of radio and television in enhancing and changing the condition of the deprived peoples of Africa was legendary.

His aversion to the emerging concentration of economic and political power in the hands of the few was an irritation to him.

His work as a broadcast journalist, including his investigative work in Ghana, Nigeria and Angola, made him the person most corrupt people “love to hate”. Yet for ordinary people, he became the ‘beacon of hope’. His message is loud and clear. Komla will forever remain in our memories.