Kumasi to get electric light rail to ease traffic congestion 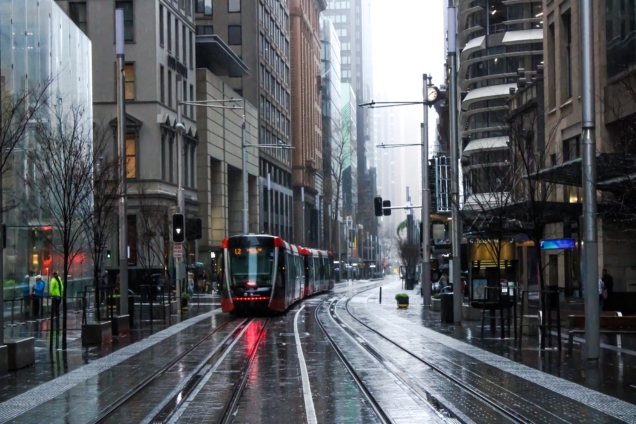 Kumasi is set to become the first city in the country to have an Electric Light Rail Transportation (Tram System) as part of the government’s effort to ease traffic congestion in Ashanti Regional capital.

The Tram System is one of the sophisticated systems of transport found mostly in Europe. This type of transportation system operates on a rail that travels on tramway tracks on a public urban street.

The tram technology is currently being developed by Knights a.s of the Czech Republic in collaboration with the Ministry of Railway Development of Ghana.

This was made known by the Chief Executive Officer (CEO) and Chairman of the Board of Directors of Knights, Dr. Karl Laryea at the launch of the company’s 25th Anniversary in Accra.

According to Dr. Laryea, the tram system would operate three main lines aimed at decongesting the city of Kumasi and pave way for an easy flow of traffic.

The tram system, he said, would reduce travel time and improve the quality of the mode of travel currently available to commuters in Kumasi.

To make this project a success, Dr Laryea said, there was the need for a massive transfer of Know-How to indigenes who would manage the tram system when built.

“In this regard; Knights a.s. of the Czech Republic has facilitated the signing of an MOU between the KNUST and the Czech Technical University in Prague for Ghanaian Professors and Technicians to be trained in the Czech Republic who would intend teach Ghanaian students in the Engineering and Transportation Faculties of the KNUST how to operate and maintain the Tram system,” he said.

Already, Dr Laryea said the company in 2019 signed an Export Contract Agreement with the Ministry of Roads and Highways for the finance, design, fabrication, supply and installation of 50 Composite Modular Steel Bridges in all regions of Ghana.

“The 50 modular bridges project with a contract sum of €47.5million, is the largest single contract supervised by Knights Ghana Limited, a subsidiary of the company, till date,” he said.

According to Dr Laryea, the bridge project is at various stages of completion and project is on schedule to be completed by May 2023.

One of the strategic bridges Dr Laryea mentioned was the Weija Bridge which he said would provide a very crucial crossing for vehicular traffic not to mention school children and women who hitherto crossed the Weija River in makeshift canoes.

“We are also building a bridge at Oterpkolu on the Kpong Odumasi road which would be replacing a 128-year old makeshift built by our colonial masters to a concrete bridge.

DISCLAIMER: The Views, Comments, Opinions, Contributions and Statements made by Readers and Contributors on this platform do not necessarily represent the views or policy of Multimedia Group Limited.
Tags:
Dr Karl Laryea
Electric light rail
Traffic