Eritrea has often been described as one of the most repressive states in Africa, where people lack basic political and religious freedoms.

This is not surprising as it has been a one-party state ruled by President Isaias Afwerki since it officially gained independence from Ethiopia in 1993.

The government has banned opposition parties and local private media, jailed critics (some of whom have not been heard of for years), and has imposed military conscription on young people.

This has forced hundreds of thousands of Eritreans to flee the country, some of whom perish during the treacherous journey across the Sahara desert and the Mediterranean Sea as they try to reach Europe.

Here, he writes about the government’s extraordinary control over the lives of people. 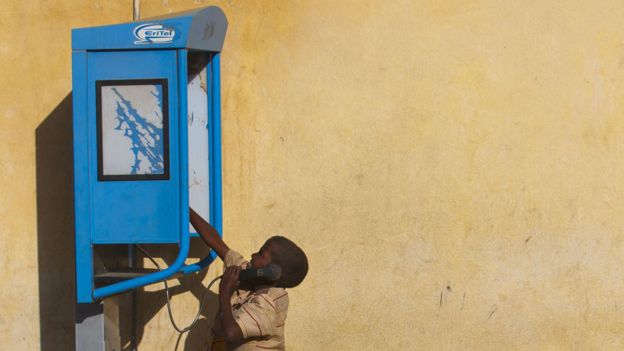 Public pay phones are still used by many people

State-owned EriTel is the sole provider of telecom services. The service it provides is bad, and tightly controlled by the government.

A report by the International Telecommunication Union says that internet penetration in Eritrea is just above 1%.

Sim cards are like gold dust in Eritrea. Citizens need to apply to the local government administration to get one.

And even if you get a Sim card, you can’t use it to access the internet because there is no mobile data.

People can only access the internet through WiFi, but it is very slow. To get onto social media sites like Facebook and Twitter, people use a virtual private network (VPN) to circumvent government censorship.

Because of the huge difficulty in getting Sim cards, people still rely on public pay phones to make calls.

We used them for the first four days of our visit. Then we got one Sim card for the three-member BBC team, which we had to return when we left.

2) People can only withdraw cash over bank counters 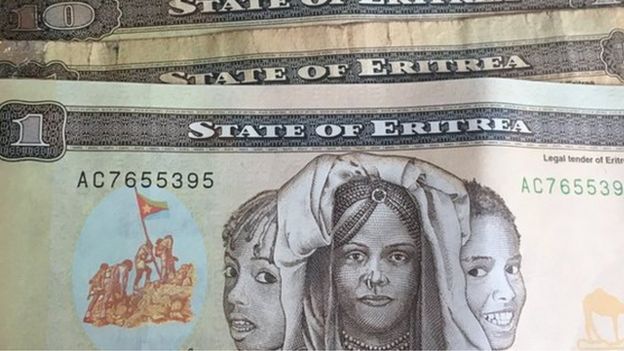 Cash can be difficult to get hold of

The government has imposed restrictions on the amount of money depositors can withdraw from their bank accounts.

Even if they have millions of nakfa, the Eritrean currency, in their account, they can only withdraw 5,000 ($330) a month.

He said the government would have expected the entire sum to be transferred, but some businessmen prefer cash in their hands because it is scarce.

There is an exemption for weddings, which are usually big ceremonies costing more than 5,000 nakfa. 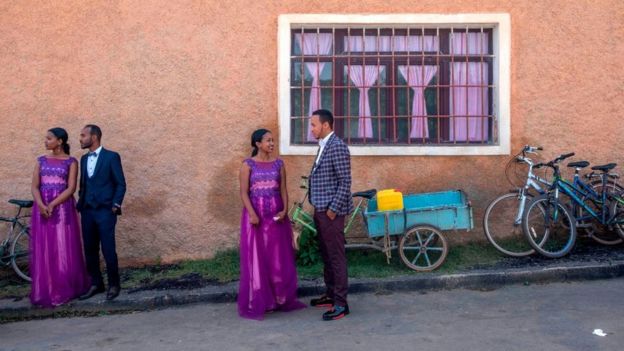 If a wedding is coming up, the host has to go to the offices of the local government administration to get officials to write a letter to his bank, saying he should be allowed to withdraw more than 5,000 nakfa.

Eritreans gave us different opinions on why the government has imposed restrictions on cash withdrawals. Some said it was ”to develop people’s habit of saving and to curb inflation” while others said it was because ”the government doesn’t like trade activities. So they limit money circulation”.

There are no ATMs in Eritrea. The car-buyer told us that when the border with Ethiopia opened last year following the end of the “state of war” between the two nations, he went to Mekelle city in northern Ethiopia and his ”jaw dropped” when he saw ”people taking a large amount of money out of a machine”.

3) There is only one local television station 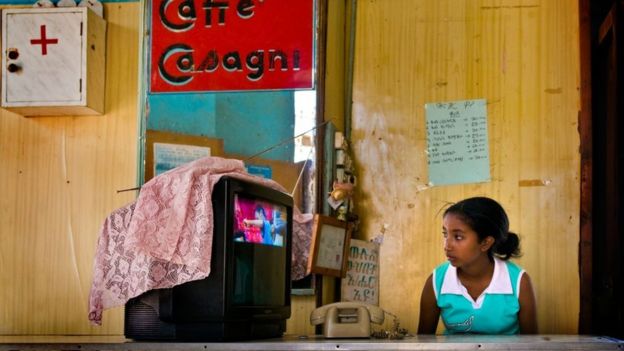 Many people prefer to watch foreign rather than local television

State-owned Eri-Tv is the only television station based in Eritrea. It is the government’s mouthpiece, but if you have a satellite dish you can watch the BBC and other international channels or Asena TV and ERISAT, run by political exiles.

The Committee to Protect Journalists (CPJ) takes a dim view of media freedom in Eritrea, describing it as “the world’s most censored country“, behind even North Korea.

It quotes Germany’s Deutsche-Welle Akademie as saying that “satellite broadcasts of radio stations in exile are restricted through occasional signal jams and by the poor quality of the government-controlled internet”.

However, Information Minister Yemane Meskel denies that Eritrea is a “closed” society. He points out that more than 91% of homes in towns and cities have satellite dishes and receive more than 650 international TV channels. He even tweeted photos to make his point:

Set up in 1939 by Italian engineer Luigi Melottia, Asmara Brewer is the only brewery in the country.

Locals told us that until recently, they were only allowed to drink two beers in a bar. So they used to take non-drinkers with them – and drink their quota as well.

Residents say the brewery underwent an upgrade a few months ago and there is now an adequate supply, though we found only Asmara lager in bars.

It is commonly referred to as melotti, after Melottia. He came to build roads and other infrastructure in the former Italian colony, saw a gap in the market for a brewery, and seized the opportunity to open one. And he seems to be most remembered for that. 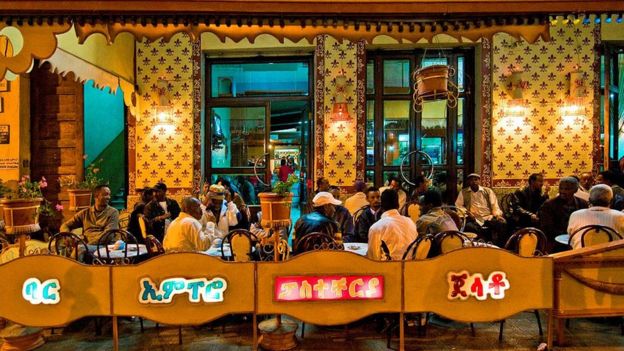 Many bars and cafes have Italian names

5) Many young people want to emigrate

”Getting a passport is like a dream come true,” says a young man who had dinner with us.

But he says youngsters are not given passports until they complete their national service – which includes military training – and get a letter in support of their application from the offices of their local government administration.

And once they get a passport they cannot just leave the country – they need an exit visa. There is no guarantee that they will get one because the government apparently fears that they will not return.

So, many young Eritreans leave illegally, crossing the porous borders to settle in Ethiopia and Sudan.

Others risk the treacherous journey through the Sahara and the Mediterranean to reach Europe, only to die of hunger and thirst in the desert or drown at sea. 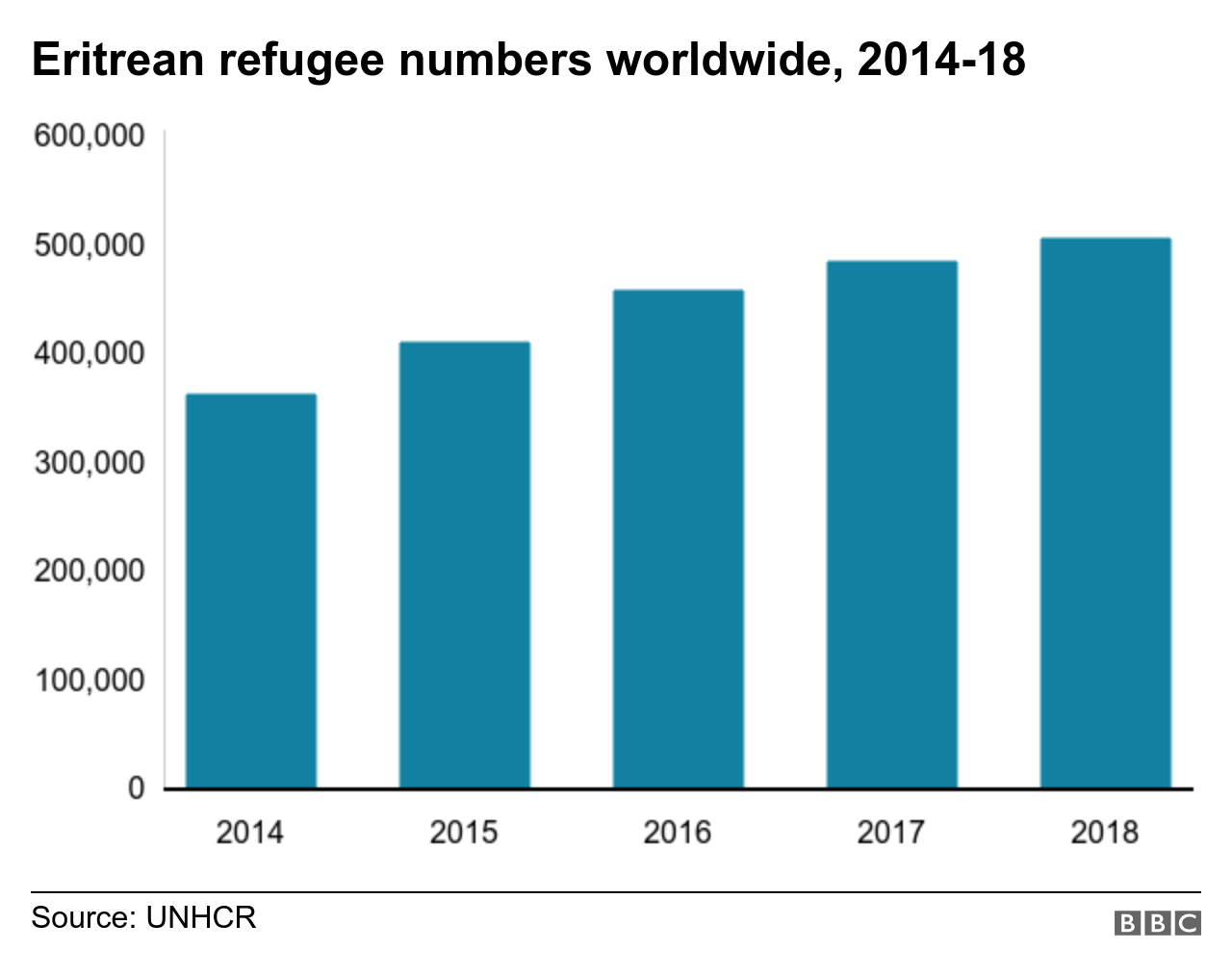 With the exodus of youngsters, old people are most visible in Asmara, sipping macchiato in cafes to pass their time.

The size of Eritrea’s population is unclear because the government has never carried out a census since independence.

Nevertheless, the World Population Review estimates its population to be 3.5 million, with Asmara’s standing at around 500,000.

6) But the capital city is beautiful

Italy’s fascist dictator Benito Mussolini wanted Asmara to be the “Piccola Roma” (Little Rome) in Africa, as he planned a new Roman Empire in the 1930s.

The city’s leafy boulevards and modernist buildings are a reminder of its Italian colonial past. 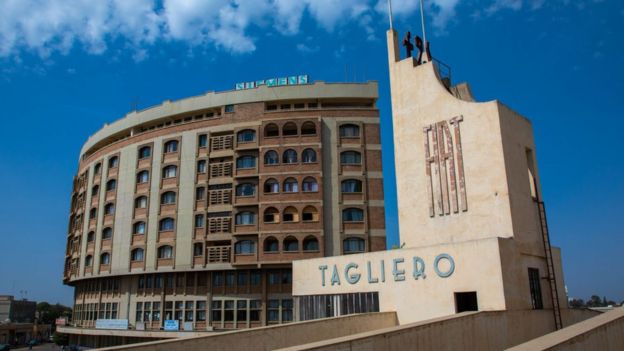 The UN cultural agency, Unesco, has listed Asmara as a World Heritage Site, describing it as an “exceptional example of early modernist urbanism at the beginning of the 20th Century and its application in an African context”.

So despite Eritrea’s political and economic problems, Asmara is a charming city well worth a visit.