Luv FM High School Debate: Prempeh College qualifies to the finals for the second time in a row 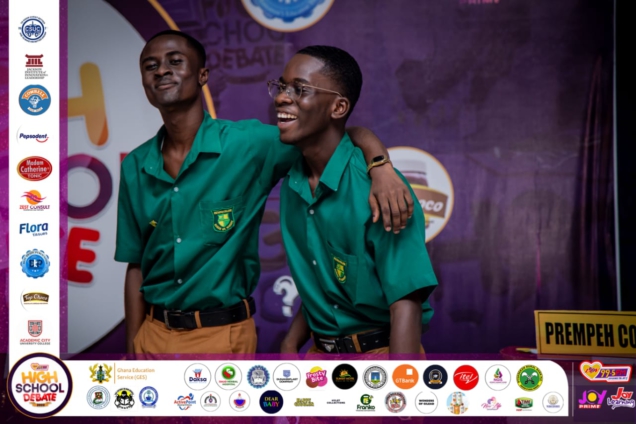 Former finalist of the Luv FM High School Debate, Prempeh College, has claimed another spot in the finals of the competition.

The Amanfour faced the Abrempong of Osei Tutu SHS, who were tipped by many to win the contest.

What many described as the final before the finals was a thrilling engagement, as debaters gave their best on stage.

The debaters took turns on the motion, “Juvenile offenders should be tried and treated as adults”.

The debaters from Prempeh said with excitement that, “We will give our best in the finals to reclaim what we lost.”

Prempeh College will face either Kumasi High School or Presby SHS, Bompata in the grand finale of the competition.

The 2022 Luv FM High School Debate is broadcast on Radio and Facebook at Luv 99.5 FM.

This year’s competition is in partnership with Ghana Education Service, CHASS and Ashanti Regional SRC.

It is also telecast on Joy Learning and Joy Prime TV channels.