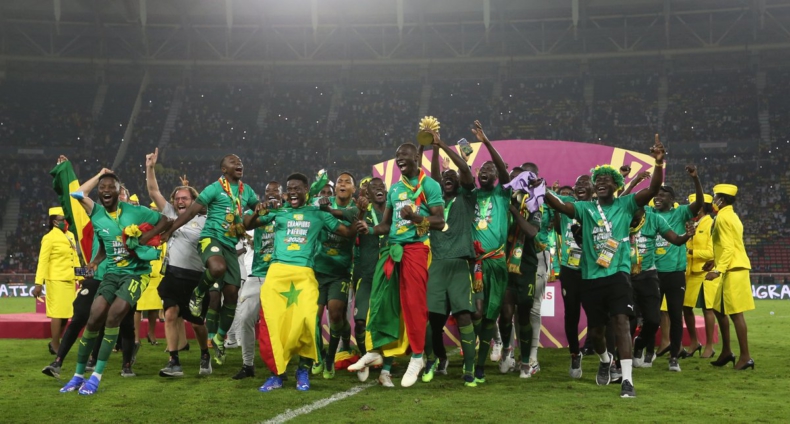 Former President John Mahama and some Members of Parliament have extolled Sadio Mane’s Senegal for emerging champions of the 2021 Total Energies Africa Cup of Nations held in Cameroon.

In a Facebook post, the former President noted that Senegal has persevered all these years and must therefore “enjoy this moment.”

“Senegal made it!! Congratulations. Your wait has been very long but it’s finally here.”

Mr. Samuel Okudzeto Ablakwa in a tweet noted that Senegal worked so hard to emerge as “the better team” at the end of the tournament.

He, however, commended Egypt goalkeeper, Gabaski for his tremendous effort in the finale. Gabaski in the 7th minute of the match prevented Senegal from securing its goal after receiving a penalty when Saliou Cisse was brought down in the box by Mohamed Abdelmonem.

Prior to the game, Mr. Ablakwa made known his support for Senegal. He opposed Egypt’s victory so as to prevent the team from winning its 8th trophy. He wants Ghana Black Stars to have a chance at catching up with the Pharaohs.

Gabaski did his best. https://t.co/JemfUYxhIP

So happy for Senegal. Super excited for Aliou Cissé.

Aside from celebrating the Teranga Lions, the MP, also known as “Dzata”, lamented the lack of preparation by Ghana to end its 40 trophyless years after winning its fourth trophy in 1982.

According to him, Aliou Cisse, Khalilou Fadiga, Pape Bouba Diop and a few others who formed the 2002 squad of Senegal have been able to build a winning team 20 years after their participation.

But Ghana, he suggested, has made no progress, therefore their early exit in the tournament. “What have we done as Ghana?” he quizzed.

The Black Stars were knocked out of the Group Stages by Comoros. The team exited the tournament with just a point.