Media exposure too much for Rastafarian students – Thomas Musa - MyJoyOnline.com

Media exposure too much for Rastafarian students – Thomas Musa 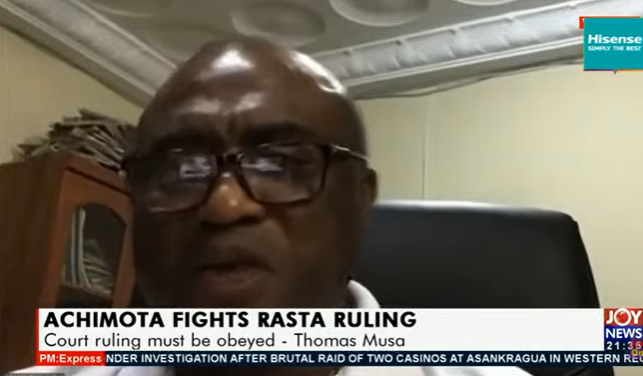 The General Secretary of the Ghana National Association of Teachers (GNAT) has expressed concern about the level of media exposure given to the students denied admission by Achimota School.

According to Thomas Musa, it is not advisable for the children to be at the forefront in the media space in an issue of such national interest.

“Looking at the Children’s Act, specifically section 2 that says that in all matters concerning the child, the interest of the child shall be paramount. I think the boy should take a backstage rather than the media exposure because I have been in the fight against children for these years.

“Normally matters involving children, we don’t normally put them at the forefront,” he told host Ayisha Ibrahim in an interview on PM EXPRESS.

He added that “giving them that kind of media exposure I don’t that is the way to go. We need to cover them up so that nobody will know their identity. I think that is very important for us.”

Mr Thomas Musah, therefore advised that the lawyers and state institutions handle the matter and keep the students out of the public eye.

Commenting on the ruling, he urged all to comply with the courts directive by admitting the students to Achimota School.

He added that the ruling will not in any way affect teacher-student relationship, as teachers are trained professionals who are trained to ensure the best comes out of the children they teach.

The GNAT General Secretary further advised all stakeholder to carefully peruse the full details of the court ruling to appreciate its ramification on the broader education sector.