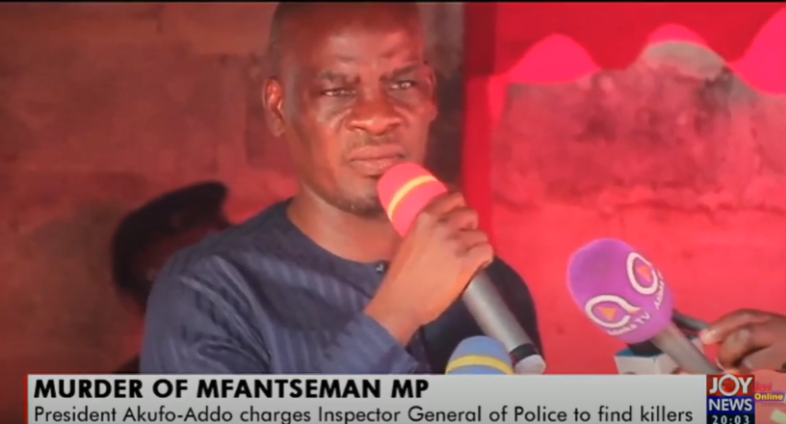 Minority Leader in Parliament, Haruna Iddrisu says Parliament will seek public support in their demand for proper policing in the country, along with intensified protection for its members.

According to him, the general safety of Ghanaians is of paramount interest at the moment but it will not be out of place to particularly ask for enhanced security for Members of Parliament.

Speaking during a visit to the bereaved family of late MP for Mfantseman Constituency, Ekow Quansah Hayford, on Monday, October 12, 2020, Mr. Iddrisu said the unfortunate incident mandates a reform in security and safety in the country.

“We demand that the only way we can eulogise Ekow Hayford, is for justice to be seen served, while we call on the Police to improve the general security of the country, particularly for all Ghanaian citizens.

“It is not asking for too much if we say that MP’s personal protection and safety be elevated and enhanced for purpose of securing our lives. At the appropriate time, we will seek public support, guided by the speaker to demand better forms of policing” he said.

The legislator extended his condolences to the family, noting that government shares in their loss.

Meanwhile, President Akufo-Addo has charged the Inspector General of Police to ensure that the killers of late Mfantseman MP are apprehended.