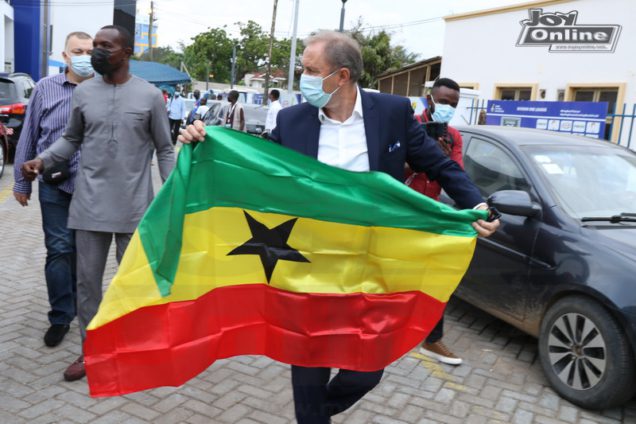 The Communications Director of the Ghana Football Association (GFA) has stated that the newly-appointed coach for the Black Stars, Milovan Rajevac, owes Ghanaians no apology for leaving the job shortly after the team’s campaign at the 2010 World Cup.

Mr Henry Asante Twum said the Serbian was willing to renew his contract with the Black Stars in 2010 but the then FA was reluctant to retain him.

Speaking to Emefa Apawu on JoyNews’ Probe Sunday, Mr Twum indicated that the new senior national team coach should not be blamed for the decision to keep his career afloat by accepting other offers elsewhere,11 years ago.

“Milo worked for one-month after the expiration of his contract in 2010. He wanted to continue. He mentioned it at the unveiling press conference that he would have loved to stay with us but the circumstances didn’t allow him. At that time, his contract elapsed in June; just two days or so after we were eliminated by Uruguay.”

“And then he comes back to Ghana. The FA is not forthcoming with information. He doesn’t know the way forward and offers are on the table. If you were Milo in 2010, what would you have done? Personally, I think he owes us no apology,” Mr Twum explained.

Mr Rajevac took a relatively young Black Stars team to the final of the Africa Cup of Nations in Angola.

He also led the team to the quarter finals of the World Cup a few months later in South Africa, triggering calls from fans and players alike that his contract be extended.

Some Ghanaians were unhappy with the 67-year-old when he quitted the Black Stars for Saudi Arabian side, Al Ahli.

But Mr Rajevac said; “I am here to prove that narrative wrong. If I did not believe that, I will not accept this challenge or this job. So I will try to do my best.”

The Serbian tactician, who was unveiled on Friday, accepted to return to Ghana on a one-year-deal worth $30,000 per month as salary to replace sacked C.K. Akonnor.

He will take on his first challenge when he leads the team in the 2022 World Cup double-header qualifier against the Warriors of Zimbabwe.

Milovan Rajevac has been tasked to turn the fortunes of the team around by qualifying Ghana to its third World Cup and possibly end the country’s nearly 40-year trophy drought at the AFCON.