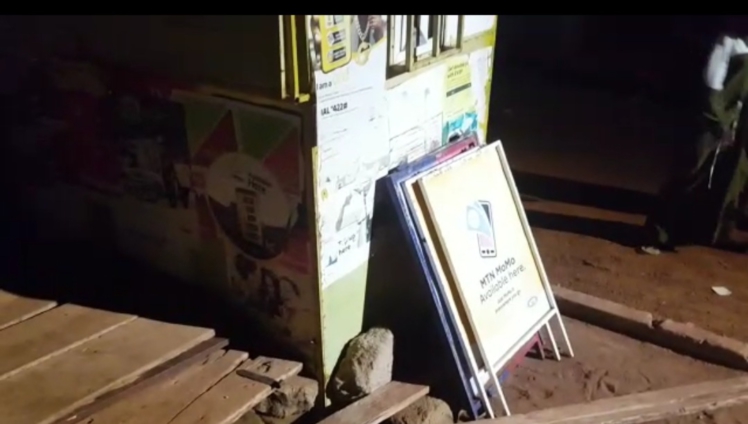 A mobile money vendor has been shot in the chest by armed robbers at Kalariga in the Tamale metropolis of the Northern Region.

According to eyewitnesses, the armed robbers who came on a motorbike also shot two others; one in the leg and the other in the head.

JoyNews gathers the robbers made away with a bag containing money.

This is the second robbery attack on a mobile money vendor after an earlier one a couple of days ago around the Afa Ajura mosque.

Today’s robbery which happened around 7 pm drew a large mob to the scene.

Incensed by the actions of the robbers, the mob reportedly attacked two Fulani men who appeared at the scene because the alleged robbers were said to be Fulanis.

They also set ablaze a motor they were riding.

The police were called in to help bring the situation under control.