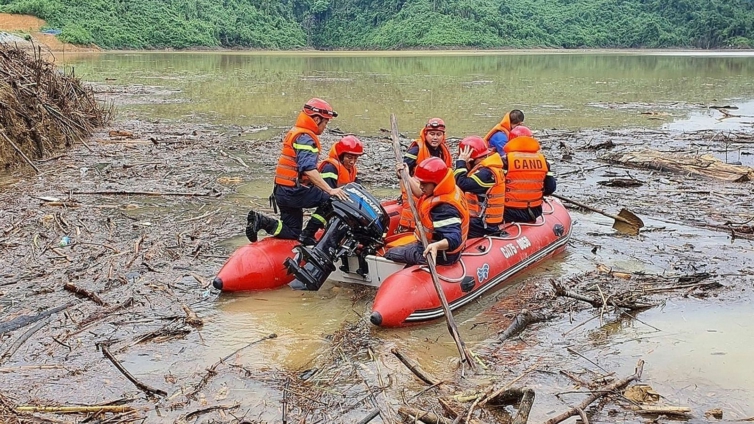 At least 22 persons have died in Vietnam, days after 13 were killed – with another 16 missing and a further 15 unaccounted for in Pakistan.

A landslide in Vietnam has killed at least 22 people days after another killed 13.

In the latest incident, rocks and earth slid down a mountain onto an army base after a week of continuous rain in Quang Tri province.

State-run Vietnam News Agency said eight people were able to get away, but the others were thought to be trapped underneath mud.

Three bodies were recovered as about 100 rescuers dug through the debris looking for the missing.

On Thursday, another landslide in Thua Thien-Hue, the province next to Quang Tri, killed 13, 11 of whom were army officers.

The group were on their way to a third landslide that was reported to have buried 16 workers at a site where a hydroelectric plant is being built.

That scene remains inaccessible and is yet to be reached.

Heavy rain has caused major flooding in central Vietnam in the last week and forecasters say more downpours are on the way.

Meanwhile, another 15 are unaccounted for after a landslide in northern Pakistan buried a minibus.

Rescue workers have been digging through the wreckage in the hope of finding survivors, police said.

The bus was travelling from the city of Rawalpindi in Punjab province to the scenic city of Skardu at the time.

Police officer Wakil Khan said the chances of finding anyone alive were bleak.

DISCLAIMER: The Views, Comments, Opinions, Contributions and Statements made by Readers and Contributors on this platform do not necessarily represent the views or policy of Multimedia Group Limited.
Tags:
Pakistan
Vietnam