My only mistake was making her the manager of my business 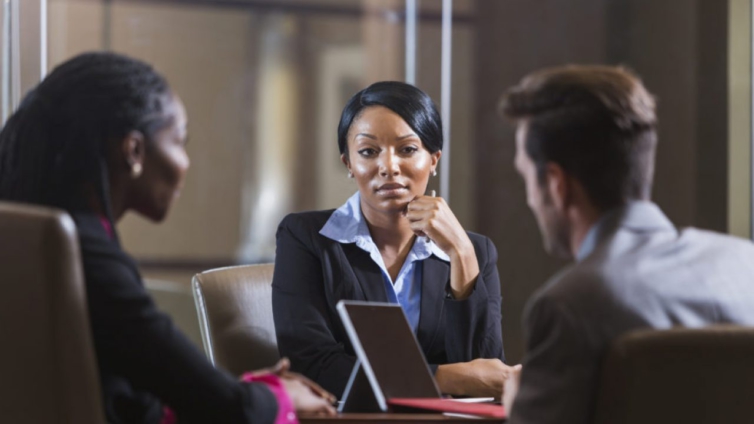 She was a girl I knew in the neighborhood but we hardly talked. We went to church together and sometimes brought her home because we lived close together. She would greet me and I would respond.

One day, while in my car going home after a church service she said, “Bra Kwasi, I need a job. I’ve tried several avenues after completing school but non had been successful.”

I asked her, “What can you do?” She said, “At this moment, anything at all would do. I need to get something to do to support my parents.”

She was a fresh university graduate looking for a white color job but looking at how desperate she sounded, I decided to make her an offer and see what she would do with it.

I had two hair salons I was managing as a side job. I was opening a new one in a new area which meant I was going to need someone to manage the place for me.

I told her, “You know what I do. My saloons. Would you like to manage one of them?” She said, “Why not? It’s a great opportunity and I won’t waste time to grab it.”

I loved her zeal and hunger for work so when the salon opened, I made her the head of the place.

It was a unisex salon that employed five workers. Her role was very simple; “Make sure each and everyone does his/her work professionally and also treat customers with respect. All sales come to you and you’ll record them accordingly.”

She delivered. At some point, her branch was doing better than other branches which were in existence before hers. So when one of the heads at the old branch stopped working, I put that branch too under her care. She did marvelously and always came up with new ideas to improve sales and customer services.

Not too long afterward, her role changed. She became the girlfriend of the CEO of the salon—My girlfriend. I looked at how diligently she worked and fell in love with her. She told me, “I’ve been waiting for you to propose long ago but you never did. Thank God he brought you to me.”

When she became my girlfriend, she automatically became the head of the tree branches of the salons. I had a full-time job that took most of my time.

I didn’t have much time to think and grow the salons so when she came, she became a breath of fresh air and due to her competence, I handed everything over to her without supervision. Looking back, I think that’s one of the greatest mistakes I’ve ever done in life.

Each Friday, she’ll send all the sales that have been made at the branches to the bank and bring me the receipts. She was doing that until she stopped. I don’t remember how she stopped.

She would tell me, “This week, we made this much. I’ve sent them to the bank.” I’ll nod my head and say, “I’ll check but I never did. She was paying the staff and handling all other payments and as far as I didn’t have complaints from these people, I was good.

One year after dating, I suggested that we should get married. She said, “I loved you very much but this is not the age I intend to marry. I’m only twenty-five and the idea is to get married at Twenty seven.

Can you please wait?” I asked, “Why twenty-seven?” She said, “By that time, I would have completed my master’s program. I don’t want to marry, carry a pregnancy and still be going to school.”

Somedays, I would go through our bank statements and see that some amounts have been paid into the account but I didn’t have the time to query her as to how much was made and how much was paid.

I took it that, since no employee had complained and no incidence had happened at the salon, everything was fine until one day, one of my oldest employees called me. She said, “Boss, I think madam is seeing another man.

He comes to pick her every afternoon and bring her back later in the evening when we are about to close.” I thanked her and decided to put my eyes on the ground. I suggested marriage again and she brushed it aside.

One day, I called and she said she was at the salon. Meanwhile, my informant had told me the guy had come for her. I went to the salon and waited to see when she would come.

It was at 8pm when a black Camry came to drop her. Immediately she saw me she started talking, “You’re here and you didn’t call me? I went to the other branch to check on them.” I picked my phone and called the other branch; “Has your madam been there today?”

The voice answered, “No she hasn’t. It’s been a long time since she came around.” I asked her, “So where did you say you went again and who is that guy who came to drop you?”

I asked, “The guy who came to drop you, who is he?” She answered, “He’s just a gentleman who offered to give me a lift.” “Just a gentleman? Someone who had been coming here each day to pick you is now just a gentleman?” She started looking at the faces of the workers there. I said, “It’s ok, call me when you get home.”

In my mind, it was over, but I needed to ensure my finances were in order before anything. When she closed she came over, offering apologies here and there.

I said, “It’s alright. Let’s do what’s important first. Can I have payment receipts for the last ten months?” She asked, “Why are you doing this? Just because of what happened today? Ain’t you overreacting?” She couldn’t provide any.

I went for bank statements for that period and checked. Most of the sales were not sent. I called for all the sales books and did the maths. Even those times that she sent some money to the bank, she paid in less than she received.

I did the maths and told her, “This is how much money I’ve lost—GHC15,750. I want this money by tomorrow or else, I will make it a police case.” She said, “Has it gotten that far?” I said, “From today, you’re no more going to any of the salons until those missing monies are accounted for.”

For three days, I didn’t hear from her. She told her mother because she didn’t agree to marry me, I said I’m collecting all the monies I’ve ever given to her. I told her mother the truth and she was shocked.

She cried while begging me not to make it a police case. I said, “Mom, I only need my money.” A week later, our pastor called and had a talk with us. I agreed to let everything go but the relationship was over.

Somedays I saw that guy around her house. Some evenings they’ll drive by my house honking for me to see them.

Even late at night when they passed by my window, they’ll honk. Four months later, the guy hardly comes around because it’s been a long while since I heard him honking. I learned she’s walking around looking for a new job again. I wish her good luck.

DISCLAIMER: The Views, Comments, Opinions, Contributions and Statements made by Readers and Contributors on this platform do not necessarily represent the views or policy of Multimedia Group Limited.
Tags:
Business
Manager