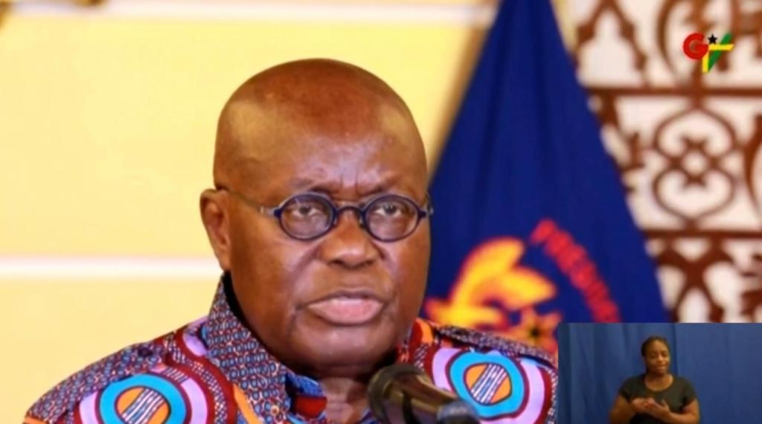 Ghana is in a debt crisis. The country is losing around 30 of government revenue in external debt payments each year, despite having had significant amounts of debt cancelled a decade ago.

By the year 2000, the government of Ghana had borrowed so much that the country was in debt distress. It then subscribed to the Heavily Indebted Poor Countries initiative of the International Monetary Fund and World Bank.

Consequently, much of the country’s external debt of over US$4 billion was written off by creditors. By the time the initiative ended in 2006, Ghana’s total public debt stock was US$780 million (25% of GDP). The debt stock has since risen by 7000% to $54 billion, which is 78% of GDP.

The current debt to GDP ratio is 78%, while the average for developing countries is 60%. This article explains how this happened, why it’s a problem and what can be done.

How did Ghana get into this situation?

After the Heavily Indebted Poor Countries initiative ended in 2006, the public debt stock has largely been driven by the continuous accumulation of budget deficits (48.6%), currency depreciation (28.2%), and off-budget borrowings (23.2%). Between 2017 and 2019, Ghana’s debt stock grew astronomically for three main reasons, beyond the normal drivers.

First was the country’s energy sector debt. This is debt owed to the country’s power producers and suppliers. It has been accumulated largely by Ghana’s state-owned enterprises, that struggle to generate enough internal revenue to pay their loans. In 2021, for instance, the government has so far provided a $3 billion bailout.

The second was the financial sector clean-up exercise undertaken by the country’s central bank. Between 2017 and 2019, the Bank of Ghana revoked the licences of some banks, savings and loans, micro-financial institutions, finance houses, and investment institutions due to their insolvency and financial malpractices. The government had to raise another $3.5 billion in bonds to pay customers of the defunct banks and financial companies.

Thirdly, like many countries in the world, COVID-19 has had a serious impact on the Ghanaian economy due to lockdowns, border closures, restrictions in movement, and the fall in crude oil cocoa and gold prices which together make up over 80% of Ghana’s exports. The economic restrictions resulted in a fall in revenue of US$2 billion, while COVID-19 expenditures increased total government expenditure by US$1.7 billion, giving a total fiscal impact of almost US$4 billion in 2020.

The Corruption’s impact on Ghana’s economy

Corruption erodes the trust people have in the public sector to act in their best interests. It also wastes the taxes or rates that have been earmarked for important community projects – meaning they have to put up with poor quality services or infrastructure, or they miss out altogether.
Corruption creates a negative national image and loss of much-needed revenue. It devalues the quality of human life and robs schools, agricultural sectors, hospitals and welfare services of funds. It discourages foreign investments leading to a decrease in Foreign Direct Investment.
Not only does corruption affect economic development in terms of economic efficiency and growth, but it also affects the equitable distribution of resources across the population, increasing income inequalities and undermining the effectiveness of social welfare programmes.

A research study conducted by Awadzie and David (2021) revealed that corruption has a negative impact on economic growth in Ghana. This finding implies that the economy would be unable to grow rapidly if corruption is not curtailed in Ghana. The research suggests that policies that promote sustainable development should be facilitated to improve the level of economic growth by reducing corruption and further suggests that political will is needed to root out corrupt government appointees.

How bad is it?

In 2020, debt service alone (paying interest plus amortisation) consumed 70% of revenue. That’s close to the level of 72% before the country subscribed to the Heavily Indebted Poor Countries initiative.

The signal it sends to investors is that Ghana’s sovereign bond is not profitable and its default risk is too high.

The implication of this is that the government may not be able to raise money from the international capital market. The options are to either borrow domestically and crowd out the private sector, or borrow from other countries. If this option is exhausted, it will have to seek an International Monetary Fund programme.

What has been the impact on the economy?

The impact of the huge public debt and the slowed growth of revenue is that the country has to borrow to finance its spending every time. Until the government borrows, it can do virtually nothing. This has slowed down the government’s ability to implement its programmes and policies to grow and transform the economy and create jobs.

Over a 16-year period (2006-2021), the country’s economic growth was largely driven by the extractive sector. This sector is capital intensive: it uses more machines than human beings. The effect is that, though there is some economic growth, the source of growth is not from sectors of the economy that can generate employment. Official data shows that 32.8 per cent of Ghanaians aged 15 to 24 are unemployed. Ghana’s unemployment rate has increased from 5% to 13.4 in 2021, up from 6 per cent in 2010, according to the Ghana Statistical Service.

Are there any solutions?

Ghana finds itself in a difficult position. The only way out is to raise enough revenue to finance its development. Even if the government succeeded in borrowing, it would still have to raise revenue domestically to service the debt.

Therefore, there is no substitute for domestic resource mobilisation. The projected budget deficit for 2022 is $6 billion. The government will have to raise revenue through taxes (without overburdening the taxpayers) and non-tax sources.

According to the Ghana Statistical Service, there are about 7.7 million workers in the informal sector, but it is difficult to measure their incomes. There is a difficulty in taxing incomes that are unknown. That is why there seems to be a good economic justification for taxing them using the proposed e-levy. But the levy must be designed to achieve the objective of taxing the incomes of workers in the informal sector.

In addition to raising revenue, the government must also plug all loopholes, and ensure prudent management of public finance. The Auditor-General department and Public Accounts Committee of Parliament usually identify financial irregularities in their reports.

The recent Auditor-General’s report identified about $1.8 billion worth of irregularities in public finance. When these irregularities are checked, the government will gain the confidence and support of the citizens.

If the current growth in the public debt stock continues, then the country is likely to find itself in debt distress, which might lead to seeking an International Monetary Fund bailout.

Nana Boateng is a Financial Analyst, an entrepreneur, and a writer. He holds a PhD in Management, MSc in Microfinance, BSc in Business Administration, Diploma in Journalism, and an “Entrepreneurship in Emerging Economy” Certificate from Harvard University.

DISCLAIMER: The Views, Comments, Opinions, Contributions and Statements made by Readers and Contributors on this platform do not necessarily represent the views or policy of Multimedia Group Limited.
Tags:
Ghana
Ghana Debt Crisis
International Monetary Fund (IMF)
Nana Boateng