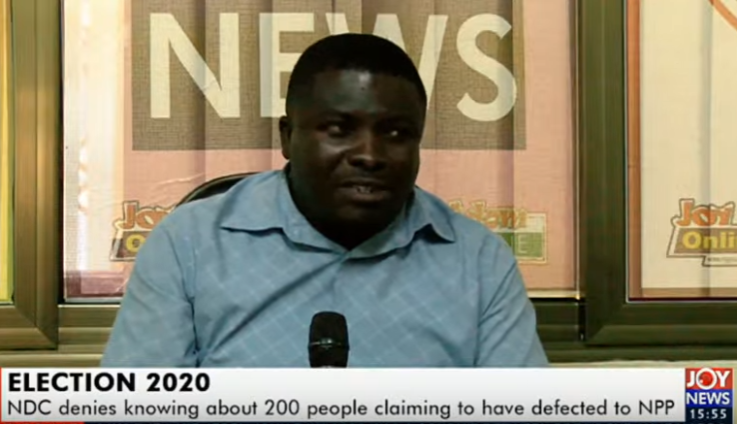 The opposition National Democratic Congress (NDC) has denied knowledge of all but 1 of 200 persons in the Ashanti Region who are reported to have defected to the New Patriotic Party (NPP).

The Oforikrom Constituency Youth Organiser of the NDC, Emmanuel Reagan Fynn, refuted the assertion that the alleged persons are members of the party during an interview with Joy News.

He noted however that one of them is an embittered NDC regional executive.

“Those acclaimed individuals are not known in the NDC, and we don’t know them, with the exception of the other guy. Admittedly, he was a branch Youth organiser who contested and lost massively. He then decided to come to the constituency level where he lost massively again. So out of the defeat, he thought he’d leave the NDC,” he said.

The persons who are said to have defected say their decision is anchored on the evidence of the remarkable performance by the ruling party, as opposed to the NDC’s tenure in office.

They cited, amongst others, the construction of roads and a revamp of the country’s educational infrastructure in the Region as a cause of their defection to the NPP.

This notwithstanding, NDC Youth Organiser remains optimistic that the party will garner sufficient votes in the upcoming Presidential and Parliamentary elections.