NDC had a policy to convert Achimota Forest into an eco-tourism facility - Fuseini - MyJoyOnline.com 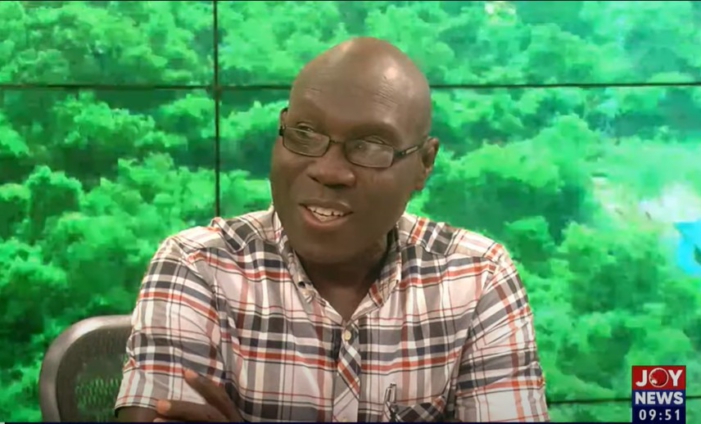 Former Minister for Lands and Natural Resources, Inusah Fuseini, has revealed that the NDC government, in 2011, made plans to convert the Achimota Forest into an eco-tourism facility.

According to him, this was the then government’s way of protecting the forest from further encroachment, sale or alienation.

Speaking on Newsfile on Saturday, Mr. Fuseini said the eco-tourism facility was expected to comprise of a theme park, eco-lodges, among many others.

“The NDC took the view that the way to protect the forest was to change it or convert it into an eco-tourism facility to be known as the Achimota Eco Park. Simply put, NDC’s conception of the protection of the forest was to reduce the whole place into possession,” he said.

The former Minister explained that this was because the Owoo Family, reported owners of the forest lands, had petitioned former Presidents Kufour and John Evans Atta Mills’ governments for the release of some of the lands. During Atta Mills’ time, the government set up a commission to address their concern.

“I was appointed to office in January 2013 and my stay in the ministry was to June 2014. My sole mission and purpose in the ministry as regards to the forest was to give effect to the declaration of the NDC to convert the forest into an eco-tourism facility,” he said.

“To be able to do that, we took that Afari Dartey report and recommendations. The report recommended  that 118 of the forest be returned to the Owoo family to enable the smooth take-off of the implementations of the eco-tourism project.”

His explanation follows the wide circulation of an eight-page document on social media, which purported to mean that the classification of the Achimota Forest Reserve has been lifted to pave way for a possible redevelopment for other purposes.

However, the Minister of Lands and Natural Resources, Samuel Abu Jinapor, said the government is not selling the land.

According to him, plans are rather in place to upgrade the Achimota Forest into a world-class asset.

Also, in an interview with JoyNews’ Evans Mensah, Mr Jinapor claimed that the NDC’s idea of an eco park would have rather empowered a private firm to level the forest with bulldozers but government will not give the green light for the proposed Eco-tourism Park.

But, Inusah Fuseini, has disputed the claims that the Forest would have been levelled if the agreement had come into force.

“It is not true that the company that was contracted to develop the Achimota Forest into an Eco-tourism facility was going to pull down the forest. There are different kinds of species in the Forest; we realised that we needed to protect them for posterity.

Meanwhile, some civil society organisations have kicked against the reclassification of the Achomota Forest lands.

About 14 Civil Society Organizations (CSOs) petitioned the Commission for Human Rights and Administrative Justice, CHRAJ, to look into the de-gazetting and purported sale of portions of the Achimota forest.

The CSOs are again requesting CHRAJ to expose any situation of conflict of interest and reveal any procedural flaw in the alleged allocation of the said lands and the Sakumono Ramsar site.

The CSOs include the Ghana Wildlife Society, Civic Response, Arocha Ghana, Nature and Development Foundation, EcoCare Ghana, Kasa Initiative Ghana, as well as Advocates for Biodiversity Conservation among others.