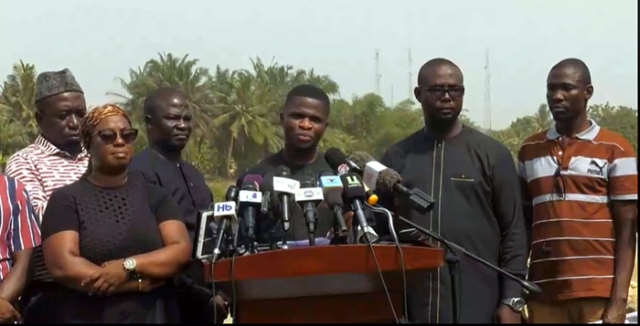 The opposition National Democratic Congress is calling for the removal of President Akufo-Addo as co-chair of the United Nations Eminent Group of Sustainable Development Goals Advocates over what they describe as his failed fight against illegal mining popularly known as ‘galamsey’.

Communications Officer of the party, Sammy Gyamfi while addressing a press conference at the banks of the Pra River in the Eastern region said the supposed fight has turned out to be a ruse to kick out legal small scale miners and artisanal “galamseyers” and replace them with a new breed of marauding illegal miners belonging to the governing New Patriotic Party (NPP) and government.

According to him, “the destructive manifestation of “Galamsey” being supervised by President Akufo-Addo in Ghana defeats the UN’s Sustainable Development Goals (SDG’s), which Ghana subscribes to.

“It is an afront to notably, SDG 6, 13, 14 and 15 which all talk about clean water, sanitation, climate action, conservation and sustainability of land, water and marine resources,” he said.

Mr Gyamfi said while President Akufo-Addo’s appointment to the Group was an honour to all Ghanaians, he has failed to live up to expectation and should be removed.

“His corrupt government has become an active enabler and promoter of the “galamsey” menace and the destruction of the environment in a way that affronts the SDGs of the United Nations.

“He has proven to be unfit for the prestigious position of Co-Chair of the UN SDGs Advocates, for which reason he must be removed without delay.

“And, we are absolutely convinced beyond doubt that the United Nations will act in the interest of the Ghanaian people, the international community and the environment,” the Communications Officer added.

Below is a full copy of the statement: