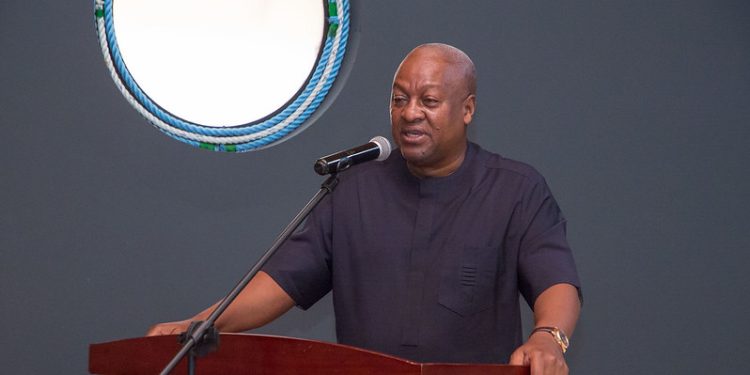 Speaking during the closing session of the 2022 Caucus Retreat by NDC MPs on Monday, John Mahama said businesses will suffer most if Parliament is to approve the numerous taxes introduced by the government.

According to him, government should reduce its expenditure and check corrupt use of funds rather than impose fresh taxes on Ghanaians.

“The NDC remains opposed to the imposition of the numerous fresh taxes on Ghanaians at a time when the government is living large and unwilling or unable to trim expenditure, cut waste and check corruption.

“These burdensome taxes will erode business capital, especially at a time when the government has crowded out the private sector’s access to credit by its voracious appetite for borrowing. The Ghanaian economy has been collapsed by President Nana Akufo-Addo and Dr. Mahamudu Bawumia,” John Mahama said.

The government last year announced the 1.75 percent electronic transaction levy and at least 15 percent increment in fees and charges on government services, among other taxes in the 2022 budget.

Key amongst the fresh taxes is the E-levy which has generated many debates between stakeholders and the two Caucuses in Parliament.

MPs from the Minority have reiterated their resolve to fight against the passage of the E-levy Bill. According to them, government’s decision to impose a 1.75% levy on all electronic transactions will collapse local businesses and deepen hardship in the country.

The Majority, however, are of the opinion that, if passed, the levy will shore up revenue to fund developmental initiatives in the country.

In this regard, Information Minister, Kojo Oppong Nkrumah, has stated that government will not make any change to the 1.75% rate of the E-levy when the Bill is reintroduced in Parliament for passage into law.