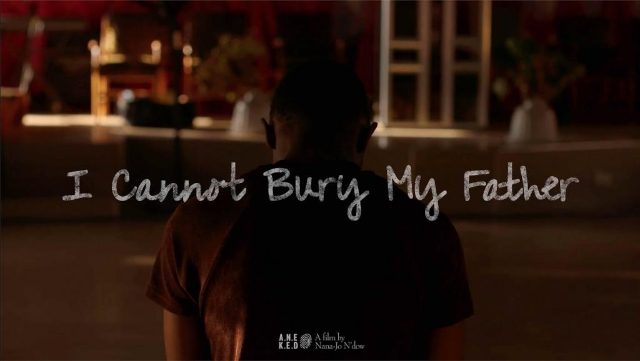 Imagine being unable to bury a loved one, with no idea of where their body is, 15 years after their murder. For dozens of Ghanaian families whose fathers were murdered in The Gambia under Yahya Jammeh’s regime, the tragedy is revisited with a generation of victims seeking answers in the Ghanaian documentary, “I Cannot Bury My Father”, released in January.

“These families have not moved on. Their families suffered back then and continue to suffer, but they also feel completely forgotten,” said Nana-Jo Ndow, the documentary filmmaker who made “I Cannot Bury My Father.”

Her documentary shows a new generation of victims’ families who are trying to find answers after the tragedy of their loved ones were murdered 15 years ago.

According to a number of investigations, including a joint effort by Human Rights Watch and Trial International, an NGO supporting victims in their quest for justice, 56 West Africans embarked from Senegal on 22 July 2005, trying to reach a ship that would take them to Europe. Among the victims were reportedly between 41 and 44 Ghanaians, seven Nigerians, two Senegalese, two Ivorians, two Togolese and one Gambian.

The migrants landed in Barra, Gambia, where they were arrested once they had disembarked. The unarmed West Africans were taken to Banjul, the capital, and then transferred to different areas by security forces.

One group of eight people was reportedly beaten to death by the Junglers, then-President Yahya Jammeh’s paramilitary death squad. Jammeh reportedly thought the migrants were mercenaries.

The bodies of the eight bludgeoned were left on a beach, while the others were killed by the Junglers near the Senegal-Gambia border. One Ghanaian man escaped.

With the exception of six bodies that were repatriated to Ghana, the remains of the other victims were never found.

“With this story…the tragedy of how one person being forcibly disappeared has completely affected an entire family,” said Ndow. “It affects an entire community, and we really wanted to give this emotional dimension to this story, to try and reflect the emotional trauma that this family has gone through and is still going through,” she added.

The documentary focuses on Isaac Mensah, who was 12 years old when his father, Peter, disappeared, one of the murders allegedly carried out by the Junglers in 2005.

Mensah, like the families of the other victims, has had to deal with their fathers’ loss on a daily basis. Although his brothers were young when their father died, they have also had a hard life, along with his mother and their grandfather, who helped raise the family.

He also speaks of the damaging cultural effect that being unable to bury a family member takes on, specifically in Ghanaian culture.

“In Ghana specifically, we cherish funerals. And if you lose someone you really cherish, you have to show it during funerals,” said Mensah. “And we’ve not been able to do a befitting burial for my father,” he added.

A funeral has special significance, and the absence of one leaves the family in limbo, says Mensah, especially his mother.

“Is she a widow, or is she married to someone?” he asks. His father’s death still touches every aspect of his mother’s life.

She had been a seamstress, said Mensah, but she couldn’t deal with all the questions clients would ask, about where he was. “She quit to avoid those questions,” he said.

Reports made, but no information given

The brutal killings of 55 people did not go by unnoticed the Ghanaian Commission of Inquiry visited Gambia on a fact-finding mission in March 2006. In August 2008, the Economic Community of West African States (ECOWAS), conducted a joint mission with the UN to the Gambia.

The families received nothing. No report, no findings, no change in status.

“There was a lack of transparency. There was a lack of empathy. They received a phone call one day to go to Accra for a funeral. I mean, can you just imagine that they probably were thinking ‘okay, does this mean that you know, they’ve got the remains?’” said Ndow.

The families came to the funeral, where they found closed caskets for the six remains that were repatriated to Ghana. They were buried in one massive grave with a marker noting that they “died under tragic circumstances.”

“What were the circumstances? What about you list their names?” said Ndow.

Some 27 victims’ families were given a small amount of money that they were photographed with, but no information, no report findings were given to them.

It was the way that this entire case was handled that Ndow finds most upsetting.

“They’re not even being treated as equals, as human beings, they don’t matter. And the sense that you get as well as that it was just this idea of, they’re just migrants so, oh well,” said Ndow.

During the course of the documentary, Mensah travelled from Akomadan, in the Ashanti Region in the centre of the country, to Accra, to find more answers.

Those who disembarked and died had come from five other West African countries in addition to Ghana.

While in Accra, Mensah realised that the Gambia is in the midst of conducting its own investigation and public hearing into the scores of human rights abuses former dictator Yahya Jammeh committed during his 22 years in power.

The Truth, Reconciliation and Reparations Commission (TRRC) has logged hours of testimony of victims, as well as statements of a number of Junglers who reportedly carried out the killings of the group of West Africans.

In the documentary, Mensah watches the official testimony of Jungler Corporal Omar A. Jallow who discusses the day he was with one of the West Africans, remembering that one man gave him a 100 euro banknote before he was killed.

After 15 years of longing for some closure, Mensah believes that the man described is his father.

For Mensah and the other families and communities affected by these deaths, part of the anger is directed at the fact there is information out there that has never been transmitted to them.

In 2019, Ghana’s Right to Information Act (RTI), passed by lawmakers, was put into law. Ghanaians can access and receive information from public institutions.

Mensah applied for documents and reports related to the murders he has not yet had a response.

The new generation of victims from the 2005 Gambia murders hopes that there will be closure. For Mensah, the fact that Ghana President Nana Akufo-Addo was foreign minister at the time could work in their favour to gain access to the answers the families have been seeking for 15 years.

“I would tell him, ‘Nana, we want you to fight for justice. You are a human rights activist. So please. Ghanaians were murdered in 2005… and the case was closed just like that. We want you to try the person involved in this case. That’s Yahya Jammeh and his accomplices,” he said.

The film is slated to be viewed on streaming sites and within the country in order to raise awareness of the killings, said filmmaker Ndow.