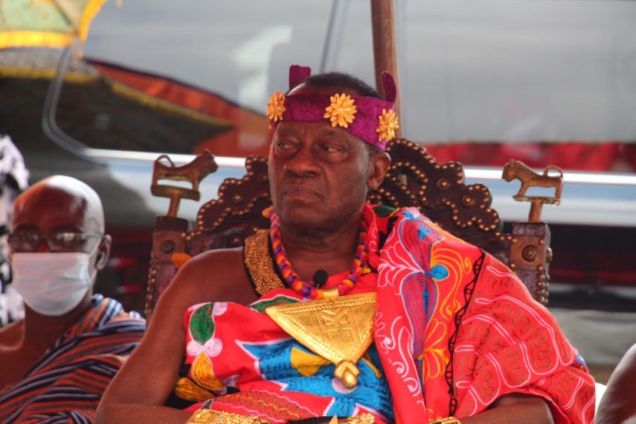 Economic activities in the Eastern Regional capital, Koforidua and the New Juaben Municipality have been suspended by the Traditional Council as final funeral rites for the Paramount Chief, Daasebre Oti Boateng and Queen Mother, Nana Yaa Daani II are held.

Only food vendors and pharmacies are allowed to operate from now till the end of the funeral on Monday.

According to a member of the Funeral Planning Committee, New Juaben North MP, Kwasi Boateng Adjei, the Asantehene, President Akufo Addo, former President John Mahama and other notable personalities will be attending the three-day funeral.

He said although the ban on economic activities starts on Saturday and ends on Monday, residents decided to stay away from work today.

“We have extended invitation all round. So Saturday will be for the President and political parties. Sunday will be for Eastern Regional House of Chiefs. The Asantehene will be coming possibly on Sunday against Monday, Monday is for Ashanti Regional House of Chiefs and then other things, but for security reasons it will not be publicly announced,” he spoke to JoyNews’ Maxwell Agbagba.

“As part of preparations by the Eastern Regional Police Command to ensure that there is adequate security before, during and after the ‘Dortiyi3’ of the Omanhene of New Juaben Traditional Area, Daasebre, Dr. Oti Boateng and the Queen Mother of New Juaben. The Regional Police Command is going to deploy about 400 Police officers and the Command will be assisted by personnel drawn from the national headquarters,” DSP Ebenezer Tetteh noted.

He stressed that the officers deployed will ensure enough security during the funeral rites.

“The threat analysis that have been done so far will look at possible criminal activities, that is criminals likely to capitalize on the occasion to commit crime, crowd disorder which is likely to lead to stampede, traffic congestion around the venue, increase in road accidents, use of unregistered motorbikes by miscreants and also possible highway robbery attacks in the Eastern Region,” he stated.

JoyNews’ Maxwell Agbagba who visited the palace where final preparations are underway, to receive the thousands of people, observed that all shops within and outside the central business district have been closed, except food vending shops.

He added that even persons who have opened their shops, were dressed in red or black clothes mourning the late Omanhene and Queen mother of the area.

According to Maxwell Agbagba, all roads leading to the Omanhene’s Palace were not in use. The Palace is decorated with a red and black cloth with many artisans working ahead of the funeral tomorrow [Saturday].

He said the New Juaben Traditional Council was still in a meeting planning the final preparations for the funeral rites.