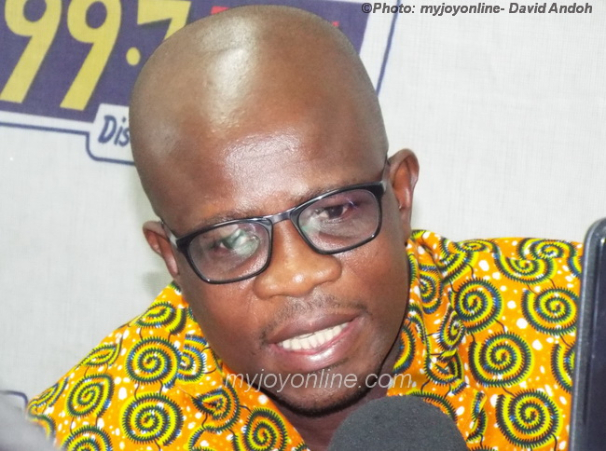 Mr Whyte does not see the relevance of such an insurance scheme when personnel hardly die or fall sick whilst on service.

According to him, in his two-year stay in office only three people were confirmed dead during their national service and wondered over why over 70,000- 80,000 people would have to be insured.

"If this this is the data that you have available to you why do you want to impose this kind of financial burden on the personnel.

In any case what happened to choice?” he asked.

Per the policy an amount of ¢15.00 will be deducted from each of the over 91,000 personnel posted this year.

This means each National Service Person would have paid an amount of ¢135 by the end of 9-months service period.

The insurance package which takes retrospective effect from September 1 this year, will make GH¢3,000 available to service persons who suffer accidents that will keep them off their duties at user agencies for a month.

Those who suffer permanent or temporary disability through accidents during the service year will also be entitled to GH¢15,000 insurance cover.

In addition, the next of kin of service persons who die while undertaking the mandatory national exercise will receive the same amount from Glico Life.

There will also be free inter MTN calls for service personnel each month. A recharge credit of GHS5 for calls to other networks. Free browsing on Facebook, Whatsapp, Twitter, Instagram, WeChat, Jobberman website, GLICO website. A 500 free SMS each month, 100% bonus on all MTN recharge made by personnel and a free movie viewing twice a year at Silver Star Cinema(s).

But some of the service personnel are unhappy with the mandatory deductions.

The personnel have the support of the former NSS boss who has rubbished the necessity for an insurance package.

Kpessah Whyte told Joy News’ Emefa Appau, a number of insurance companies flooded his office during his tenure in the hope of selling their packages to the NSS but they did not find it worthy enough for consideration.

He was surprised the new NSS management will fall for this day light robbery. He encouraged the personnel to either go to the court or hit the streets in protest.

Philip Quaye said the decision was taken at Congress and it was unanimous. Justifying why MTN had to be the telcoast of choice for the insurance package, Mr Quaye said close to 80% of the service personnel were on MTN.