Augusco have qualified for the semifinal of the NSMQ2019.

Reigning Central Regional Champions, St Augustine’s College displayed their prowess in speed as they qualified for the semifinal of the ongoing National Science and Maths Quiz Saturday afternoon.

The penultimate semifinal contest which also featured Tamale SHS and Boa-Amponsem SHS proved to be tougher than expected or the Cape Coast giants.

Tamale SHS gave St Augustine’s, one time winners a run for their money up until the last round of the game. 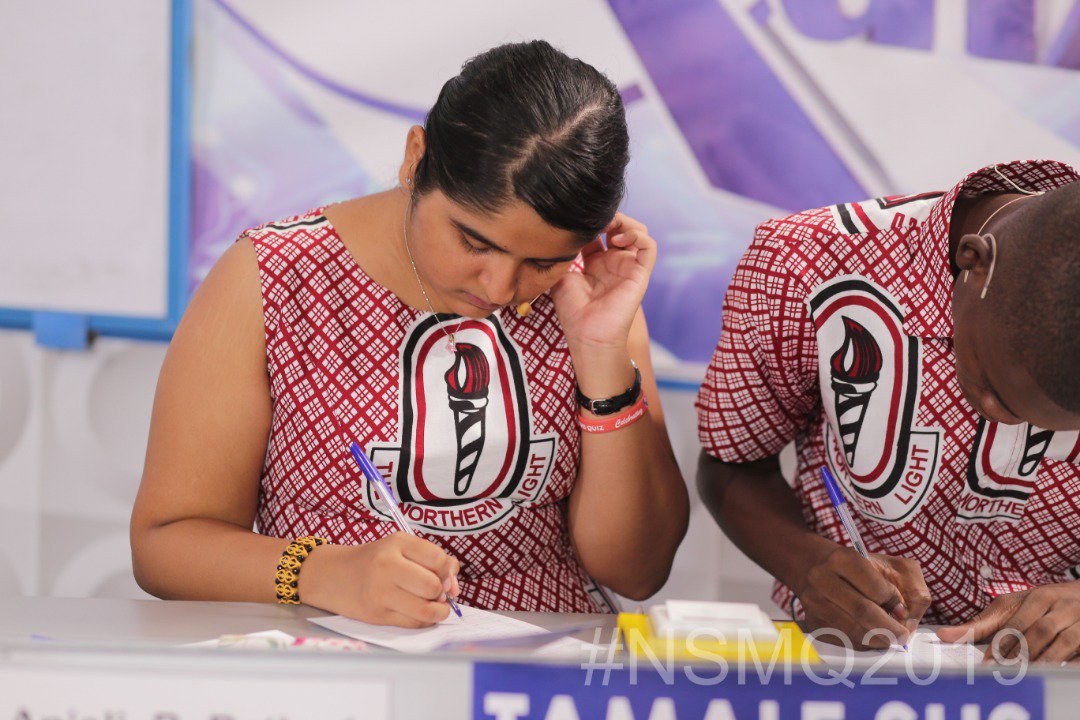 They were both tied at 45 points at this moment while Boa-Amponsem trailed on 31 points.

But Augusco, known in the 2019 competition for their excellence in the final round; the riddles, lived up to the day. 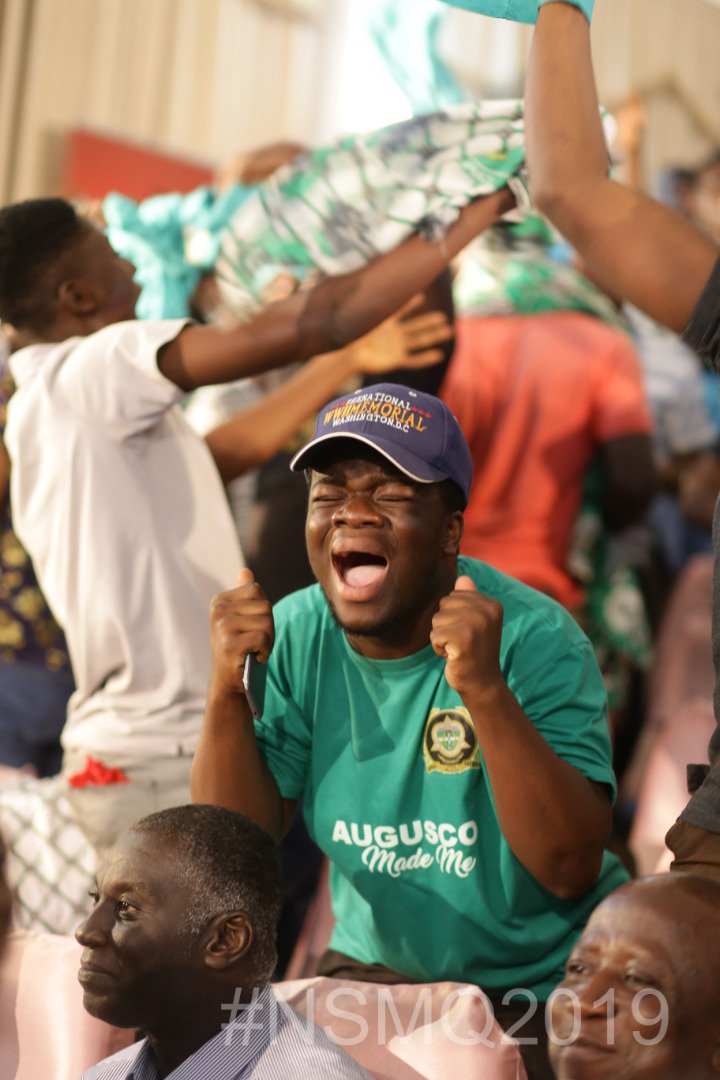 They answered all the four questions of the round at the expense of the other schools and won the day, sending chants of pro-Augusco songs into the R.S. Amegashie auditorium at the University of Ghana Business School. 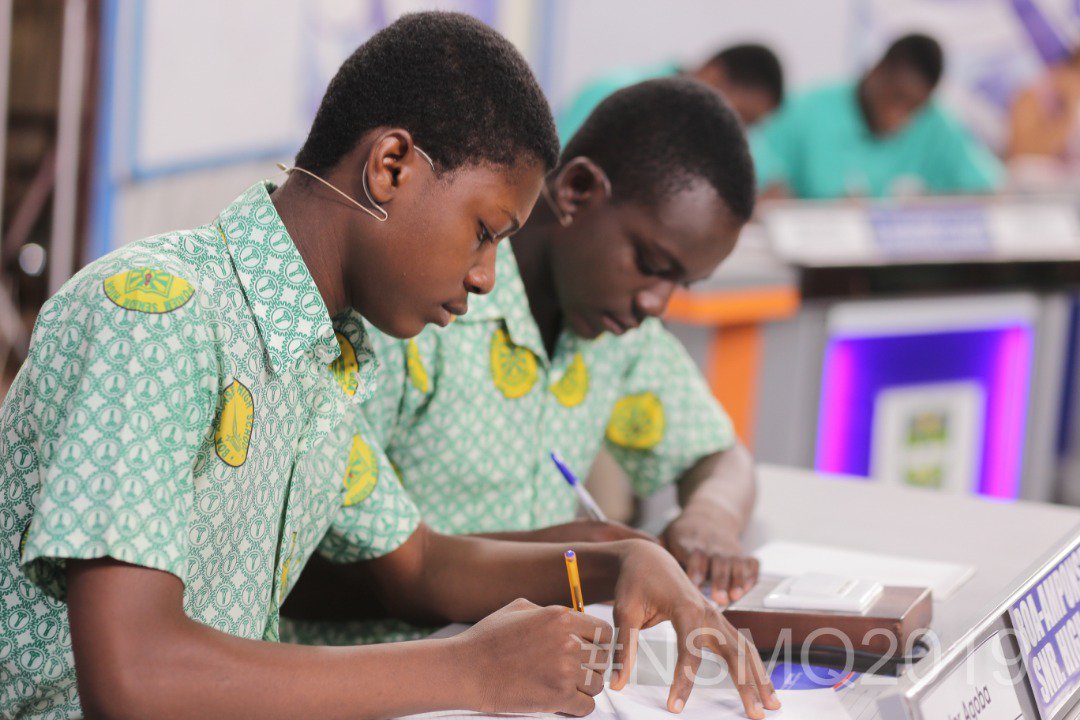