'Kwabotwe' shows class as EGASS comes from behind to stun Edinaman

Mfantsipim School is readying for a strong comeback to the National Science and Maths Quiz after a 2019 nightmare.

Kwabotwe, as they are known, pulled their weight in Thursday evening’s qualifiers, dominating the entire contest.

Despite a good performance by a determined Jukwa SHTS team, the boys on a hill showed their prowess as favourites to capture the slot, ending the contest with 55 points, with Jukwa earning 22 points less.

Abakrampa SHS which was also part of the clash garnered 23 points while Senya SHS and Assin Nsuta SHS scored 23 points and -5 points respectively.

The results would energise the Cape Coast-based top dogs going into the nationals in May after they were knocked out by rivals St. Augustine’s College in a Cape Coast derby in 2019.

There are already some calculations going on for the two to meet again, what a tie that would be.

The upset came in the last qualifiers for the day when favourites Edinaman SHS failed to qualify after leading the contest until the last few seconds.

They were expected to qualify easily and they looked to prove their name but it all came crushing after the proverbial final whistle. Although they still held the lead, the gap caused enough fear among Edinaman SHS students to seek divine intervention. But after the final round, effort trumped prayers and Eguafo Abrem SHS who were in third place clinched the qualification spot with a GH¢1000 icing on it. 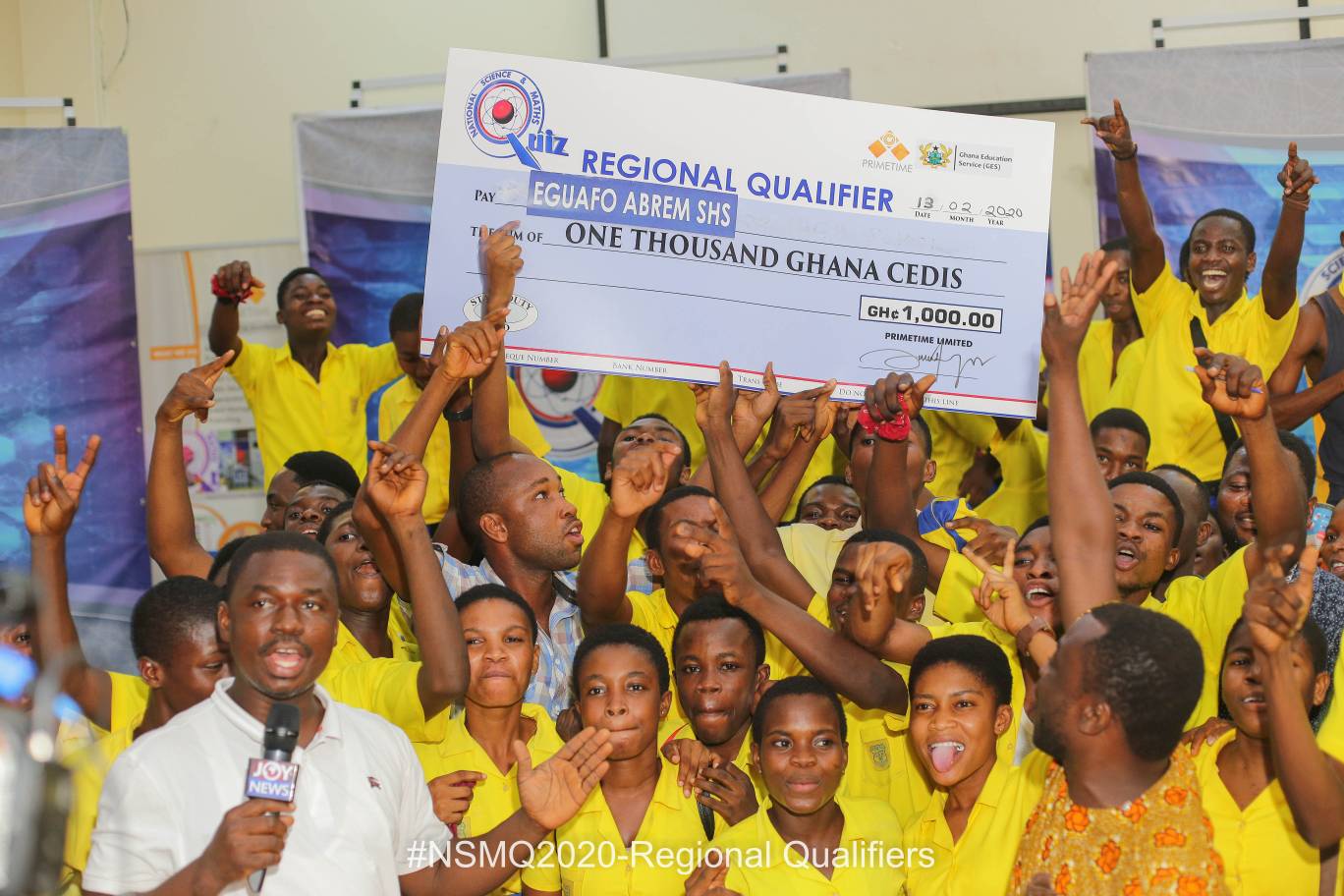