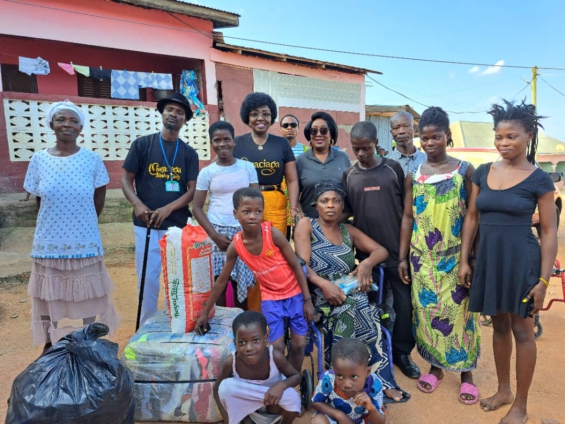 Host of Nhyira FM’s Obra Show, Mama Effe and her team, have donated a wheelchair, bale of second-hand clothing, a bag of rice and other items to a disabled mother of six living at Ejisu-Juaben.

The donation is to empower the woman to venture into a trade that would help her generate income to support her children.

Mama Effe says she was touched by the plight of Afia Boatemaa when she narrated how she crawls on the bare floor to sell second-hand clothes to her customers.

Afia Boatemaa has been married for 22 years and has six children.

According to her, she has struggled over the years to cater for her children, especially enrolling her first child in the university.

She lamented how her husband lost his job and became a drunkard, thus becoming a burden to the family.

She also appreciated the support from the public and the people who responded to her appeal on Nhyira FM and Adom TV.