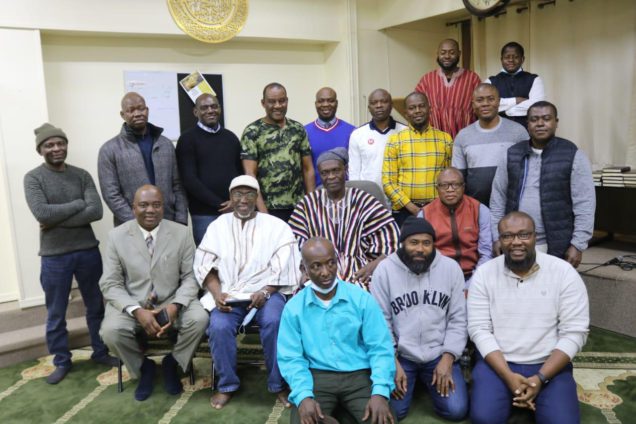 He, therefore, urged the Northern Ghanaian Community in New Jersey to take advantage of the government programmes and policies to partner with local and international companies to invest in the Ghanaian economy.

Mr Shani Shaibu made the remarks when he meet the Ghanaian Community in Jersey City, New Jersey.

He is hopeful that Ghana will build back much more strongly as the country seeks to overcome the shocks left in the wake of the Covid-19 pandemic.

Mr Shani Shaibu said the policies and programmes being implemented by the government have taken roots, growing, and they are bearing fruits.

He said some key initiatives taken under the government in line with its promises to enhancing Ghana’s socio-economic growth, encompass the ‘Free Senior High School (SHS)’ policy, ‘One District, One Factory (1D1F)’ project, National Digital Property Addressing System, and focus of economic policy from taxation to production.

The Northern Regional Minister also urged the Ghanaian om unity in Jersey City to focus on the promotion of the Agricultural, Waste Management, Real Estate, and other businesses sectors that would boost Ghana’s economy and development.

He called on them to rally more support for the agricultural sector and Agro-processing as it remains the major business in the Northern regions.

According to him, the government’s vision to build a ‘Ghana beyond aid’ remained constant to discard the mentality of dependence on aid, charity, and hand-outs.

He also acknowledge the benefits and the economic boost of the remittances of Ghanaians in the diaspora sent back home to their family and friends and thank them for their support back. home.

The Northern Ghanaian Community in Jersey City said the development of the Northern Regions was a topmost priority on their agenda.

They expressed appreciation to the Regional Minister and thanked him for having the Northern Regions and for that matter Ghana at heart.