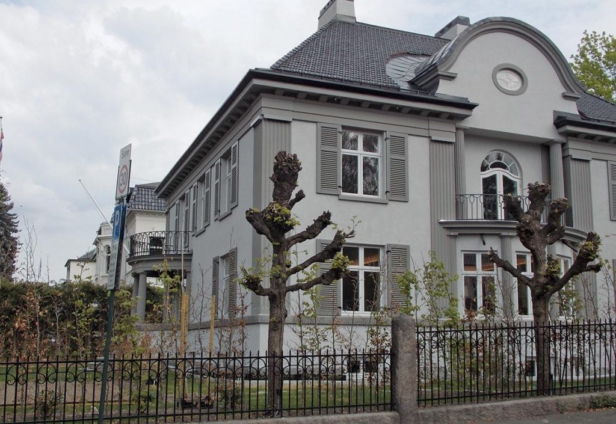 By a unanimous decision, the Oslo Court of Appeal, Norway composed of three Justices of Appeal (Pal Morten Andreassen, Irene Sogn and Rolf Ytrehus), has in a judgment dated Tuesday, November 22, dismissed an appeal filed by Messrs.

Jongsbru AS, the seller of a property identified by Ghana for use as a chancery building in Oslo, Norway.

The Norway Court of Appeal considered an appeal by the appellant against the judgment of the Oslo District Court (High Court) in December 2021, dismissing its case and awarding damages and procedural costs in favour of Ghana.

After a retrial, the Oslo Appeal Court held Ghana to be “fully acquitted of all liability” and concluded that “a purchase agreement to which Ghana was a party could not be said to have been completed between the parties”.

The Court awarded the sum of 1.5 million Norwegian Kroner (approximately $150 000) payable by the appellant to Ghana as procedural costs incurred before the Court of Appeal.

It further ordered the appellant to pay Ghana 1 million Norwegian Kroner (approximately, $100 000) as compensation for procedural costs at the High Court.

In 2018, Ghana decided to establish an embassy in Norway. The acquisition of a chancery building, either by purchase or by lease, was deemed to be critical to the establishment of the embassy.

A delegation from Ghana identified a number of properties, including Sigyns Gate 3 at Frogner in Oslo, the property the subject matter of the litigation.

On November 22, 2018, Ghana received an offer from Jongsbru to buy the property for 100 million Norwegian Kronner.

“On behalf of the Government of Ghana, Ministry of Foreign Affairs, we have the pleasure to accept the Offer with the following conditions:

Subsequent to due certification by Ghana’s appointed valuers that the building was without significant defects and that the renovation works on same had been completed and performed in a satisfactory manner, Ghana pulled out of the transaction on various grounds, including a failure on the part of the sellers to satisfy the condition of final approval from the relevant Municipal authorities in Oslo for the use of the property as an Embassy.

Jongsbru AS sued the Government of Ghana in the Oslo District Court claiming sums totalling about seventy-eight million Norwegian Kroner for breach of contract, loss of profits, interest and costs of litigation.

On 16th December 2021, the Oslo High Court upheld Ghana’s contention that on the issue of choice of law, the competence or legal capacity of Ghanaian officials to bind the Republic of Ghana must be decided according to Ghana law.

Whereas the Government of Ghana had led evidence by the Director of the Legal Directorate of the Ministry of Finance to prove the content of Ghana’s financial and procurement laws, no attempt was made by the plaintiff to rebut same.

The Court found that Ghana’s Minister for Foreign Affairs, in accordance with section 20 of the State Property and Contracts Act of 1960, had the competence to bind Ghana in agreements involving her ministry.

This authority had not been exercised in the transaction in question. Neither the Charge d’Affaires of Ghana at the time, Mrs Appiah-Sam nor Ghana’s lawyer, Mikkel Visllie had the authority to enter into the agreement on behalf of Ghana.

There was thus no valid or binding agreement between the sellers of the property and Ghana.

The Court further held that under Ghana law, the Public Procurement Authority must agree on the purchase of the property and the application of funds must also be approved by the Minister for Finance, before the Minister for Foreign Affairs must either personally execute the agreement for the purchase of the property or authorise another competent person by a power of attorney to execute the agreement. On the evidence provided by Ghana’s witnesses, this had not been done.

Regarding the claim against Ghana’s lawyer at the time of the purported sale, the Court found that the lawyer was fully responsible for the positive contractual interest in accordance with the Contracts Act of Norway.

The Court was of the view that there is a particular reason for trusting lawyers who act on behalf of clients.

The Court found that the lawyer did not have any reasonable excuse for not ensuring that there was a power of attorney signed by Ghana before purporting to convey acceptance of the offer by Jongsbru.

The Oslo Court of Appeal heard the appeal over four days – from October 25 to 28, taking evidence from the witnesses of all the parties in the matter afresh. The hearing was observed by students of the Oslo Law School as part of their practical advocacy training.

Ghana’s Attorney-General, Godfred Yeboah Dame, led a team from Ghana for the hearing.

Judgment of the Oslo Court of Appeal

The Court of Appeal observed that a prerequisite for the appellant’s claim was that the company had incurred economic loss as a result of Ghana’s decision not to finalize the sale. The appellant did not incur any such economic loss.

On a proper application of the principles of offer and acceptance, Ghana could have withdrawn from the agreement (even if it was binding), as all conditions necessary for the performance of the contract had not been satisfied.

Regarding Ghana’s defence about a lack of approval by the Oslo Municipal authorities for the building to be used for an embassy, the Appeal Court found that based on the evidence presented by Ghana concerning the appellant’s belated attempts to apply for the said permission and the municipality’s responses, it was clearly established that no such permission would have been received by the relevant date for the contract to take effect, and therefore Ghana could have withdrawn from the agreement.

The purchase would in no case have materialised, and the appellant would not have received the purchase price from Ghana, for a claim of economic loss to be validly asserted.

The Oslo Appeal Court noted further, that, the condition regarding authorisation by the municipal permission to use the property as chancery, was vital to the purchase, and that, only Jongsbru, not Ghana, had any control over whether the condition would be met or not.

Further, the consequences of the condition not being met was set out specifically in the agreement.

The Attorney-General and Minister for Justice expressed satisfaction with the outcome of the appeal and hoped that it would mark the end of the dispute.

Mr Dame explained that, under Norwegian civil procedure rules, any civil judgment of the Court of Appeal may be appealed to the Supreme Court but the hearing of the appeal is not as right.

“A panel of three Supreme Court judges must first determine whether to allow the appeal to be heard by the Norway Supreme Court and explicitly allow same to be heard before the court will be required to consider or hear it and then proceed to give a judgment on it.

“If the panel does not allow the appeal to be heard, the appeal terminates without any further processes at the Supreme Court. The ground on which the Norwegian Supreme Court will hear an appeal is where a new and major issue of law is raised in the matter and the court feels obligated to give legal clarity on the position.

“The Norway Supreme Court does not hear an appeal on matters concerning the facts or evidence in a civil matter.”

DISCLAIMER: The Views, Comments, Opinions, Contributions and Statements made by Readers and Contributors on this platform do not necessarily represent the views or policy of Multimedia Group Limited.
Tags:
Godfred Yeboah Dame
Oslo Chancery
Shirley Ayorkor Botchwey