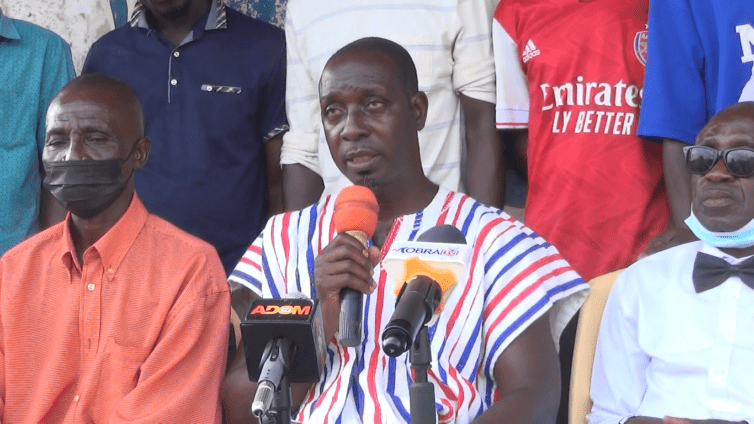 Some members of the New Patriotic Party (NPP) in the Berekum West District of the Bono Region have accused the constituency executives of moves intended to frustrate and prevent them from registering in the ongoing polling stations registration exercise.

The leader of the aggrieved members of the party in the constituency, Clement Amofa, insists the executives of the party are secretly registering only members who support the sitting Member of Parliament (MP), Kwaku Agyenim Boateng.

They also alleged the MP handpicked the polling station executives to do his bidding to ensure a smooth election during the parliamentary primaries.

In September, the party commenced a nationwide exercise of compiling a register of all members of the party as well as persons wishing to be members.

The General Secretary of the NPP, John Boadu, explained that “Article 3(1)(1) of our Party Constitution opens membership of the Party to all citizens of voting age, irrespective of origin, circumstances of birth, race, status, occupation, gender, ethnic origin, religion, creed, or any other belief or social fetter”.

He said the core requirement is that the person always promotes and defends the good name of the party and be loyal and truthful to the party and its policies.

But at a press conference at Berekum-Koraso, Clement Amofa, called on the regional and national executives to address the actions of the constituency executives since they do not want to be left out of the ongoing registration.

He further explained interested members are just to walk to the polling station secretaries and get registered, but that is not being done as some do not even know the whereabouts of the registration booklet.

“My polling station secretary has no idea that the booklets have even arrived as the polling station chairman always tells him a story when he enquires about it. They are registering their favorites in their bedrooms”, he noted.

Clement Amofa said the situation could affect the fortunes of the party in the future and therefore called on the top hierarchy to intervene to ensure a free and fair registration.

But when contacted, the Berekum West constituency secretary, Franklin Osei Antwi, denied the allegation saying, “the registration exercise is being done in the open”.

He, however, claimed the aggrieved members are unable to approach the polling station executives to register because of guilt after they openly supported an independent candidate against the party’s candidate in the 2020 elections, a situation that breached the party’s constitution.

“But nobody is preventing them. Even if it’s an NDC chairman who wants to join them, they will welcome such a person to help them increase their number”.

He also explained that the polling station executives do not have an office, and as such, they periodically attend to party members in their homes to register.

Franklin Osei Antwi urged party members to learn to live well with party executives and foster mutual respect instead of creating camps and leveling unfounded allegations against others.