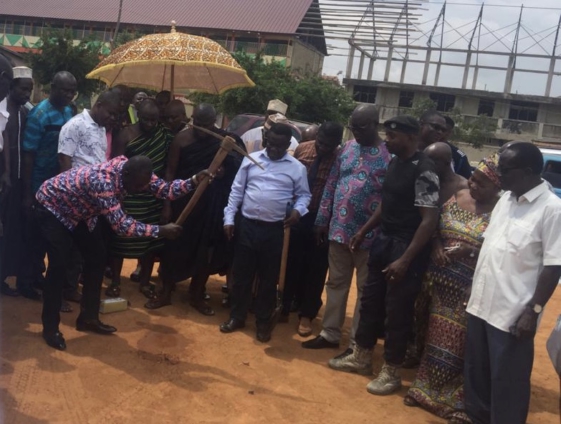 The Old-Tafo Municipal Assembly is constructing a police station and a court to improve security and ensure efficient justice delivery for the people in the Municipality.

The two projects, with funding from the District Assemblies Common Fund (DACF), are expected to bring justice and security closer to the people when completed within six months.

The Municipal Chief Executive (MCE), Fred Obeng Owusu who disclosed this in an interview, said the Assembly was prioritising the two projects as they were critical to the socio-economic development of the people.

He said the safety of the people could not be undermined in the overall objective of the Assembly to build a resilient local economy to improve lives.

“It is important to create a safer environment to promote business activities to enable the Assembly to collect the needed taxes to prosecute its development agenda for the benefit of the larger society,” the MCE said.

He said if measures were not put in place to check petty crimes in the Municipality, it could be inimical to the growth of businesses, which would eventually affect the revenue mobilisation drive of the Assembly.

Mr Owusu said the existing Tafo Police Station was currently operating in a private property and the landlord had served them notice to vacate, hence the need for the Assembly to race against time to save the situation.

The new station, he said, would not only provide a permanent facility for personnel but also ensure effective policing as a result of the conducive environment that would be created.

Mr Owusu said it was unacceptable for the Police to prosecute criminal cases of the Municipality at the Ejisu and Mamponteng courts and assured the people of the Assembly’s commitment to improving security to enable them to go about their daily activities in a safer environment.