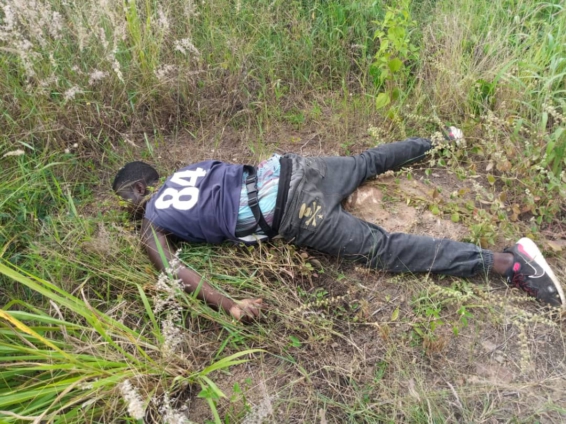 A 31-year-old man, Quashie Edem has been shot dead while six others sustained cutlass and gunshot injuries in a land dispute at Gomoa Akraman in the Gomoa East District.

Three of the injured are from Gomoa Akraman while the three others are from Awutu Bereku.

The faction from Bereku were said to be grading a parcel of land when the group from Akraman stormed the site claiming ownership of the land.

One of the victims from Gomoa Akraman said they had gone there to halt any developmental activity by the faction from Awutu Bereku.

Alhaji Dawood, a member of the Bereku faction speaking to the media, debunked the claims that the land was not for the people of Awutu Bereku.

He said they were grading their own land when the Akraman faction attacked them, shot one of them and injured three others.

The Central East Regional Police Command had, however, arrested four persons who are assisting with investigations while the dead body had been deposited at the Police hospital morgue for preservation.

The victims are receiving treatment at the Winneba Trauma and Specialist Hospital and Akraman CHPS Compound.

DISCLAIMER: The Views, Comments, Opinions, Contributions and Statements made by Readers and Contributors on this platform do not necessarily represent the views or policy of Multimedia Group Limited.
Tags:
Gomoa
Murder
Shooting