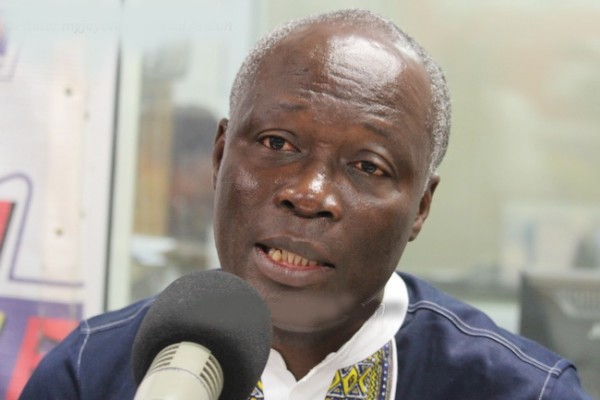 Former Sports Minister, Nii Lante Vanderpuye says successive governments’ concerted investment into the game of football against other sporting disciplines is largely responsible for the framing of football as the passion of the nation.

According to him, prior to football gaining the prominence it now has in the country; it was sporting disciplines such as athletics and boxing that were earning Ghana international recognition on world sporting stages.

He stated that after Ghana won her first AFCON cup, the attention of successive governments shifted from these other disciplines to football contributing to their decline.

““I don’t agree with you saying football is the passion of the nation. We have made football the passion of the nation. If you look at our history, our sports history, other disciplines apart from football were the ones who really put Ghana on the map before football. Athletics, boxing, these other disciplines won medals for this country before we won our first Africa Cup of Nations,” he said.

Speaking on special edition of JoyNews’ PM Express hosted by George Addo Juniour, he added that the over-concentration of successive governments on the development of football has negatively impacted the development of the other sporting disciplines.

He said there is the need for a new development roadmap to bring back those other sporting disciplines into prominence.

“You and I were in this country when at a particular time we decided that in the interest of football, let’s kill athletics by moving all the tartan tracks from Accra Sports stadium for example, because we gave so much emphasis, so much interest, so much passion to football that we thought at that moment in time wwe thought athletics was not even necessary.

“That’s one of the factors that has contributed to the strengthening and sustainability of the interest that was generated with the Milo Schools and Colleges Sports, the …athletics and all the others we initiated. So systematically our own actions have affected the rest of the disciplines,” he said.

He added that “Today you and I will agree that since the construction of the Bukom boxing arena for example, boxing has seen some interest. People coming from outside the country, coming into Ghana to engage in fights. Hitherto, our boxers were always going out to Togo, to Nigeria, and other places to fight.”

The special edition of PM Express headlined by the Joy Sports team is an initiative to kickstart a campaign to get government and corporate Ghana to invest heavily in the development of sporting disciplines other than football in the country.