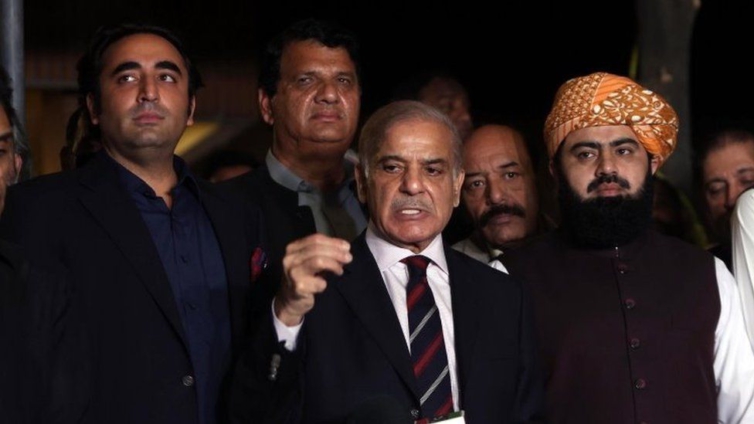 Pakistan’s parliament will elect a new prime minister on Monday after Imran Khan was ousted in a no-confidence vote in the early hours of Sunday.

Shahbaz Sharif – the leader of an opposition coalition who worked to depose Mr Khan – is widely expected to win a majority of the vote.

Mr Khan, 69, was voted out after days of political drama and Supreme Court intervention.

He attempted to block a previous attempt to bring a no-confidence motion against him by dissolving parliament and calling for a snap election.

However, the country’s Supreme Court upheld an opposition petition that his actions were unconstitutional and ordered the vote to go ahead.

What do we know about Shahbaz Sharif?

Mr Sharif, 70, comes from one of Pakistan’s most powerful political dynasties. His older brother, Nawaz Sharif, was a former three-term Prime Minister who last held office from 2013 to 2017.

He leads one of the country’s main opposition parties, the Pakistani Muslim League Nawaz (PMLN).

He submitted his candidacy for the top post on Sunday and is widely tipped to have the numbers to ensure victory.

Other opposition leaders – like Bilawal Bhutto Zardari of the Pakistan Peoples Party (PPP) – have already indicated their support for him.

Mr Sharif is seen as a seasoned and effective administrator, having led the nation’s largest province of Punjab for three terms.

On Sunday, he heralded “a new dawn” for Pakistan following the vote.

However, Imran Khan, whose supporters protested across major cities after he was dismissed, is still blaming a “foreign conspiracy” for his removal as prime minister.

He has claimed, without evidence, that his rivals had colluded with the US to remove him because of his foreign policy stance on Afghanistan, Russia and China. Washington has strongly denied this. But the former international cricketer’s claims fed on anti-American sentiment held by many of his supporters.

He tweeted that the crowds seen were one of the largest protests in Pakistan’s history – a claim that has not been not independently verified.

Never have such crowds come out so spontaneously and in such numbers in our history, rejecting the imported govt led by crooks. pic.twitter.com/YWrvD1u8MM

How was Imran Khan ousted?

Mr Khan’s opponents saw an opportunity to strike after months of discontent over his management of the economy, and a breakdown in his relations with Pakistan’s powerful military.

Mr Sharif banded together with other opposition lawmakers to muster the numbers to vote Mr Khan out.

On 3 April, they challenged Mr Khan outright in parliament – launching a motion for a vote of no confidence in his leadership.

But Mr Khan’s political ally – the deputy speaker of the parliament – blocked the motion claiming it was influenced by foreign powers. His government then swiftly dissolved parliament and called for a snap election.

The furious opposition immediately challenged the legality of government actions to Pakistan’s Supreme Court. After a four-day hearing, it ruled that Mr Khan’s government had acted illegally, in breach of the nation’s constitution.

Even then, Mr Khan and his party tried to prevent the vote in parliament for hours – with officials quitting, lawmakers filibustering and other disruptions. But eventually, just after midnight on Sunday, lawmakers voted him out with a 172-vote majority in the 342-member house.