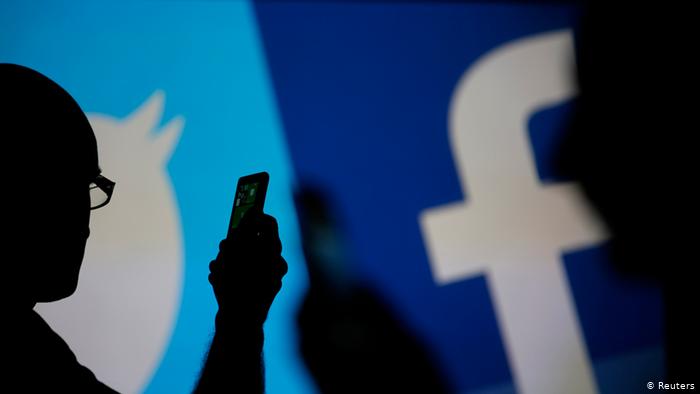 Pakistani authorities earlier this month approved a draft policy, called the Citizens Protection (Against Online Harm) Rules 2020 or the Removal and Blocking of Unlawful Content (Procedure, Oversight and Safeguards), triggering a backlash from rights groups and tech companies.

Critics say that Prime Minister Imran Khan is seeking to control the digital space to prevent criticism against his government and the country’s powerful military.

The Asia Internet Coalition, an association of leading internet and technology companies, wrote a letter to PM Khan on October 6, expressing its concern over his government’s measures.

Although the AIC complained about the lack of consultation on Islamabad’s digital policies, a report published by Dawn newspaper claims that the government also wants to gain access to users’ data apart from forcing the companies to shift their servers to Pakistan and remove “objectionable” content within a specified time.

Pakistan’s Minister for Information Technology, Syed Amin ul Haq, told DW that Pakistan is an emerging market for digital business and that the government would not do anything to hamper its growth.

“It is not true that stakeholders were not taken into confidence over the policy. We formed a committee in February to consult with all stakeholders. In September, the policy was approved by the Law and Justice Ministry, and by the Cabinet on October 6,” Haq said.

A violation of fundamental rights

“The policy seeks to remove provocative, anti-state, anti-army, anti-judiciary, obscene contents and hate materials. The companies will be required to appoint a focal person three months after the policy comes into force because we need to talk to someone if we have any complaint.

Also, any company with more than 500,000 users must get itself registered with the Pakistan Telecommunication Authority,” Haq explained.

“We believe the government would use it to block (former prime minister) Nawaz Sharif speeches. It is alarming that the authorities are bent on violating citizens’ fundamental rights,” Senator Mushahid Ullah Khan, an opposition politician belonging to Sharif’s Pakistan Muslim League (Nawaz) party, told DW.

Khan said the government is signatory to many international agreements that guarantee the freedom of expression and privacy of individuals. “Does the government want to send a message to the international community that it is ready to violate these agreements? If it is the case, Pakistan will have to face consequences.”

Nighat Dad, Executive Director of the Digital Rights Foundation, says she will stop using social media if the servers are shifted to Pakistan. “Because I won’t be sure in what way my data would be used.

The localization of servers is possible in countries where the data protection regime is very strong. I do not think it is the case in our country where malwares were used in 2011 to spy on people’s data,” she told DW.

Social media momentum against the government

Opposition against Imran Khan’s government and the military is growing in Pakistan. An alliance of opposition parties are holding anti-government rallies across the country, with former PM Sharif making fiery speeches from the UK, where he is currently in exile.

Sharif’s speeches are banned on mainstream media channels, although they are making rounds on social media all over the country.

“The government has controlled all local channels and newspapers, but it is still being criticized on social media. That is why the authorities want to control the digital media,” Asad Butt of the Human Rights Commission of Pakistan told DW.

M. Zia Uddin, a Pakistani journalist, says that big tech companies are unlikely to shift their servers to Pakistan. “Pakistani businesses benefit from the presence of high-tech companies. If the government pushes them against the wall, they might pull out their businesses, which would harm the country’s economy,” he told DW.

‘Fake news’ and ‘campaign against the army’

“A social media user accused me of acquiring land illegally, which is a completely baseless claim. Similarly, I also read on social media that two generals who opposed the army chief were detained. Again, fake news. Other countries censor this kind of content, so why shouldn’t Pakistan do the same?” Shoaib said.

The ex-general also slammed those who are opposing the shifting of servers to Pakistan. “They did it in India and the US. Why can’t they do it for Pakistan as well?”

DISCLAIMER: The Views, Comments, Opinions, Contributions and Statements made by Readers and Contributors on this platform do not necessarily represent the views or policy of Multimedia Group Limited.
Tags:
Anti-government protests
Digital Media
Pakistan