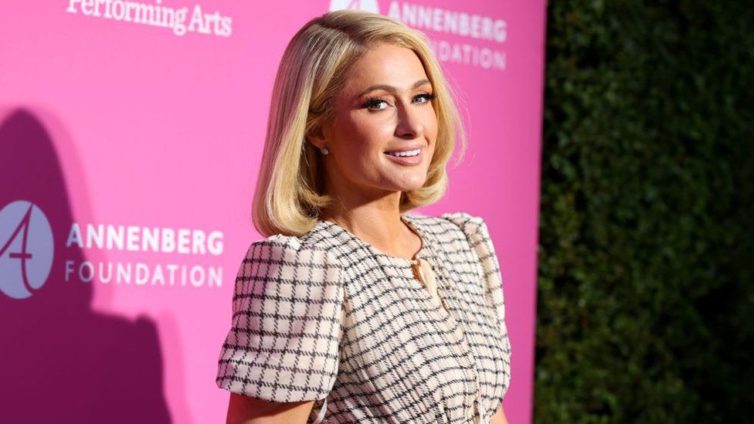 Hilton found fame as a reality star, but is now a successful entrepreneur, influencer and DJ

Paris Hilton spoke about her alleged abuse as a teenager on Wednesday as part of a push to change laws governing youth care facilities.

Hilton first opened up about her experiences in a documentary about her life released last year.

She has spent months campaigning for safeguarding and reform at residential programmes aimed at troubled teens.

At a Washington DC event with lawmakers and rights advocates, Hilton spoke about a new congressional bill.

She said the Accountability for Congregate Care Act would set out a national bill of rights for youth in residential facilities, and urged members of Congress and President Joe Biden to pass it into law.

The change would aim to safeguard care on a national level to counter what campaigners say is a patchwork of inadequate monitoring and regulation across the country.

Speaking at the US Capitol on Wednesday, Hilton detailed how she still struggles to sleep due to post traumatic stress disorder stemming from her time at boarding facilities as a teenager.

The 40-year-old recalled how she thought she was being kidnapped after she was woken up in the middle of the night by two men entering her bedroom to take her across the country.

She also alleges she was physically assaulted, made to take medication and placed in solitary confinement at programmes aimed at reforming her behaviour.

“My parents were promised that tough love would fix me and that sending me across the country was the only way,” she said, adding her experience at the facilities “haunts her to this day”.

Hilton has become a figurehead for change after going public about her own experiences in a documentary about her life, This is Paris, released last year.

She previously testified to change the law in the state of Utah and wrote an op-ed calling for national reform in the Washington Post newspaper earlier this week.

“I wish I could tell you that what I experienced was unique or even rare – but sadly it’s not,” she said in a speech on Wednesday.

“Every day in America, children in congregate care settings are being physically, emotionally and sexually abused. Children are even dying at the hands of those responsible for their care,” she added – pointing to the 2020 death of Cornelius Fredericks, 16, in a facility in Michigan after he was restrained by staff.

Hilton is part of a community of thousands who identify as survivors of abuse at similar facilities. Earlier this year the BBC spoke to 20 former residents about their experiences and Cynthia Clark Harvey, whose daughter died in a behaviour reform programme in 2002.

Wednesday’s news conference was attended by other advocates for change and lawmakers including congressman Adam Schiff.

“For too long, bad actors in the troubled teen industry have been allowed to prey on desperate parents and vulnerable children and make child abuse their business model,” Mr Schiff said – thanking Hilton and others for sharing their stories.

“Facilities that abuse children under the guise of care have absolutely no place in our society and I will continue to push for strong legislation that increases regulation, oversight and transparency,” he added.

DISCLAIMER: The Views, Comments, Opinions, Contributions and Statements made by Readers and Contributors on this platform do not necessarily represent the views or policy of Multimedia Group Limited.
Tags:
Abuse
Domestic Violence
Paris Hilton
US Youth Care