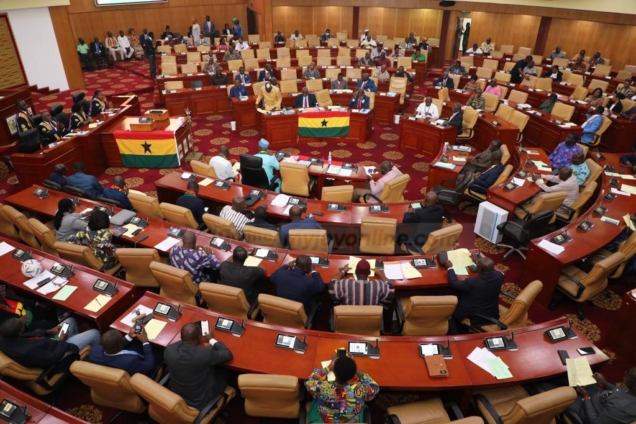 The Parliament of Ghana has approved the 2023 Budget and Economic Policy of the government.

Despite a budget debate dogged by low numbers of Members of Parliament on both the Majority and Minority sides, the Majority managed to get in enough members on their side just in time to approve the budget statement.

Debating on the floor of Parliament, Minority Leader, Haruna Iddrisu argued the group’s hesitance to move forward with the budget approval.

“In this budget, the Minister of Finance is introducing 23 tax measures and a 2.5% VAT rate (increase). We the NDC minority group will fearlessly resist and fight the imposition of these additional taxes,” he said.

The Majority Leader, Osei Kyei-Mensah-Bonsu countered the argument raised by the Minority Leader, and while he admitted that the country is not in a good shape, he said that revenue that will be raised from the VAT will go a long way to help address the situation.

“My colleague spoke about challenging the 2.5 % VAT rate. But as we all know, the economy is not in a good shape so the 2.5 % raise is primarily for road construction. If you do not want your road to be constructed, tell us,” he said.

After this debate, the Speaker of Parliament, Alban Bagbin put the question of the budget and economic policy statement presented by the Finance Minister on November 24.

According to JoyNews Parliamentary correspondent, Kwaku Asante said the Speaker had to pose the question twice and concluded that the ‘ayes’ have it’.

He explained that the 2023 budget and Economic Policy Statement had thus been approved.

DISCLAIMER: The Views, Comments, Opinions, Contributions and Statements made by Readers and Contributors on this platform do not necessarily represent the views or policy of Multimedia Group Limited.
Tags:
2023 Budget
Parliament