Parliament approves €65m for construction and rehabilitation of 3 bridges 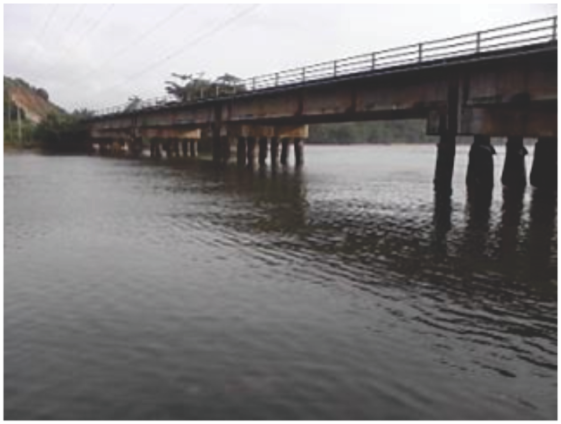 Government says its declaration of 2020 as a “Year of Roads” is on course after parliament approved a €65 million Euro loan for the construction and rehabilitation of three bridges.

They include the Ankobra Bridge over the Ankobra River, Iture Bridge which connects Cape Coast and Elmina, and the Dikpe Bridge on the Black Volta between Lawra and Dikpe.

Deputy Roads Minister Anthony Karbo says the roads and bridges will bring relief to residents in the enclave.

He says government is committed to ensuring residents in the area have good roads.

Speaking to JoyNews he said, “Ankobra and Iture bridges in the Western and Central Regions are already existing bridges which have been exposed to the weather and actually have outlived their usefulness and are weak.

He added that, “And if you look at the economic activity going on between Central Region and Western Region especially with oil and logging and a lot of huge trucks that ply that road, there is the need for us to change those bridges or else we could just be walking into an imminent danger.”

Concerning the Dikpe bridge, the Minister said the construction of the bridge over the Black Volta will go a long way to strengthen the trade relations Ghana has with Burkina Faso in the North, and will come as a relief to traders who had to undertake the perilous crossing of the river on canoes.

He said, “In the case of Dikpe, there’s currently no bridge across the balck Volta and Dikpe is a community within the Lawra municipality and it is divided by the Black Volta which divides Ghana and Burkina Faso. And there has been a lot of canoe trade, movement of people through the water, unapproved routes and it has actually hindered economic activity.

He added,  “for many many years, I think over 40 years now, the people have been yearning for this bridge to be constructed so that it could improve economic activity between Ghana and Burkina Faso because indeed it is the shortest route to Burkina Faso not through Hamele but now through Bobo Dilaso.

“Of course you’ll have to detour off Lawra through Dikpe and to Bododilaso and so it is a major game changer and for me this one of the things the president had talked about in 2016 and he was very clear that he was going to deal with that particular bridge so that we can open trade between the two countries.” He stated.

He also mentioned that talks with the Burkinabe side concerning the bridge construction had raised no objections thus work would begin as soon as possible.