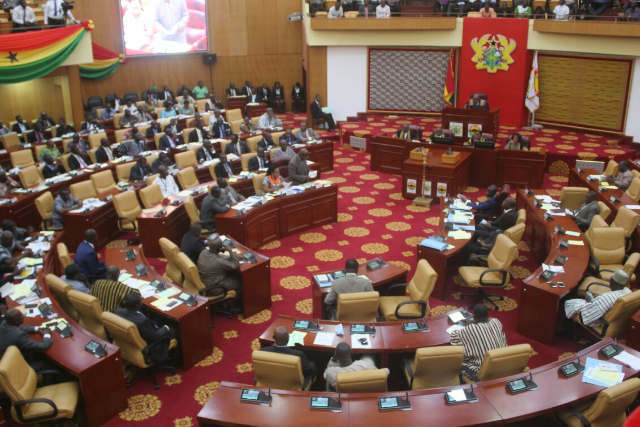 The report, among others is to provide oversight and monitoring of the management of the petroleum revenues.

Dr Mark Assibey-Yeboah, Chairman of the Finance Committee who presented the committee’s report noted that the statement satisfied the requirement of Act 815.

PIAC established under section 51 of the Petroleum Revenue Management Act, 2011 (Act 815) is required to prepare and publish two reports- semi and annual report-each year detailing how much petroleum revenue had been collected during the period under review and how the amount collected had been utilized.

Dr Assibey-Yeboah also stated that the total petroleum receipts paid into Petroleum Holding Fund (PHF) in 2018 was US$977,093,285.

Additionally, an amount of US$1,606,642.37 was earned as interest on undistributed funds held in the PHF during the year.

Mr Emmanuel Armah-Kofi Buah, former Minister of Energy bemoaned government’s decision to spend GH¢ 404 million of the oil revenue on consumption expenditure, which he said was not good for the country.

He argued that the petroleum revenue should be spent on infrastructural development that would generate income to pay for itself in the long run.

“If he telling us that spending on the Free SHS programme is consumables then, I don’t know what he is talking about. The expenditure is to build the human capital of the youth of the country” she responded,” the Deputy Minister said.

Mr Buah further argued that the manner in which government was approaching the Free SHS concept was wrong and that there was the need for all parties to sit down and come out with the solution for the programme.

“Are you telling me because of Free SHS, we should use all our oil money to pay for even those who can afford? Are we spending all our monies on consumables and affluent people who can buy things on their own? Mr Buah queried.

Dr Anthony Akoto Osei, Minister of Monitoring and Evaluation challenged Mr Buah’s claimed that monies were being used to pay for MPs school fees, and asked Mr Buah withdraw the statement and apologize to the House.

Mr Buah obliged to a directive from the Speaker to withdraw the statement and apologize to the House, which he did accordingly.

Mr Emmanuel Gyamfi, Chairman of the Mines and Energy Committee commended PIAC for its comprehensive reports.

He said the issue of the public investment in Education was well discussed at the Committee level and did not understand why the minority was making it a big issue.

He said the Majority was of the opinion that spending GH¢ 404 million on the Free SHS to build the human capital of the country was the right thing to do.

Mr Gyamfi also commended the GNPC Foundation for its Corporate Social Responsibility by supporting rice farmers and communities in its operational areas with funding.

He, however, cautioned the Foundation not to crowd itself with unnecessary activities but to focus and deliver on its core mandate.

Mr Adam Mutawakilu, Ranking Member on Mines and Energy Committee in his comment noted that total petroleum receipts in 2018 was US$977,093,285 out of this, amount 56 percent constituting US$548, 334,881.11 was coming from carried and participating interest.

He, however, stated that the recent AGM agreement to Parliament undermined country’s interest to have significant revenue from its hydrocarbons.

He said the failure of the Ghana National Gas Company (GNGC) to honour its debts to GNPC despite receiving revenues from the sale of gas amounting to US$85 million was a great source of concern.

Mr Mutawakilu also stated that the failure of the VRA to pay for gas consumed was quite worrying and undermined the ESLA that was passed to revamp the State Own Enterprises (SOEs) in the power sector.

He said SOEs such as the VRA should be able to honour their obligation for the gas consumed, adding that VRA current owed US$ 150 million to Ghana Gas adding up to the total debts in the power sector.

He debunked claims by government that the “Take or Pay” contract signed by the NDC administration was what had caused the debts in the country power sector.