Part 2: True status of NPP’s 17 plus tax measures – ESLA, temporary and other taxes 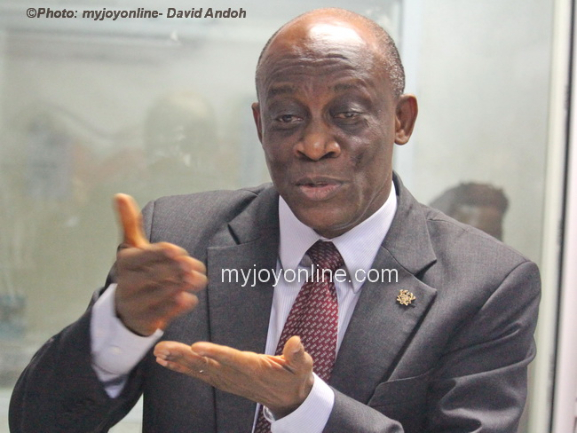 Parliament enacted ESLA to address fiscal problems relating to (a) precipitous fall in crude oil and other commodity prices from late-2014 to 2016; (b) impact on global demand and recession in many SSA states—which Ghana escaped; but (c) stalled its recovery from disruption in gas supply from Nigeria for over two (2) years; (d) arrears of subsidy from delays in adjusting prices for petroleum and power supply—due to escalating crude prices for fuel and thermal plants; (e) consequent power crisis (called “dumsor”); and (f) unpaid road arrears that almost crippled the economy. Table 1 shows the ESLA levies on various products at its passage.

A weak link existed between the unpaid and the non-performing loans (NPLs) that the State-owned Enterprises (SOEs) owed to, and weighed heavily on, banks and suppliers. Given the popularity of its “nuisance” tax stance in an election year, the government, in Opposition at the time, even put pressure on its MPs to boycott the vote on ESLA.

Measure 10: ESLA—retention of the levies

First, the continuous existence of ESLA epitomizes a major reversal in policy stance for the government. Second, given the shortfall in meeting revenue targets since 2017, Table 2 shows that, apart from meeting its original goals, the ESLA flows are now a major source of fiscal stability and even meeting electoral promises through the “capping” policy.

Table 3 shows the projections, actual and lodgments into the various ESLA funds, for the years that ESLA operated fully (2016 to 2018). It shows that deviations from the program, notably in terms of lodgments, have worsened since the “capping” policy came into effect.

The ESLA flows have become buoyant because the levies are ad valorem and respond buoyantly to the increase in crude oil prices, which form the basis for the tax. Therefore, given a liberalized price regime and increase in crude prices from average sub-US$40 pbl (2015-2016) to US$60 plus pbl (2017 to date), the tax should have been reduced, not increased. Hence, it is obvious that the prices and revenue increases impose a higher tax burden on consumers.

After reneging on its elimination promise, Government has surreptitiously and effectively extended the ESLA levies from 3-to-5 years to 7-to10 years through its (August 2017) 7-year (Ghc2.41 billion) and 10-year (Ghc2.38 billion) ESLA Bonds. These Bonds also refinanced the 2016 ESLA cash flow and debt restructuring facility by the past government. The 2019 Budget also notes a “re-tap” on the 2017 10-year Bond in January and August 2018, with yields of Ghc615 million and Ghc264 million, respectively.

As noted, ESLA was as a temporary tax which, based on a joint assessment of 3-to-4 months revenue flows, MOF and Ghana Association of Bankers (GBA) used to underpin the 3-to-5 years for the Ghc250 million cash-injection and Ghc2.2 billion restructuring of the debt that VRA owed to 12 domestic banks. A second unutilized draft term sheet for US$600 million was also based on a 5-year tenor. Given market credibility, the levy extends automatically to 7 and 10 years under the replacement Bond facility.

The Annual Report on the Management of the Energy Sector Levies and Accounts (Year 2016) highlights the goals of ESLA as follows:

“The Act (i) consolidates existing Energy Sector Levies and defines a framework to correct imbalances in the collection, distribution, and utilization of the levies; (iii) ensures the financial viability of energy sector State-Owned Enterprises (SOEs); (iv) facilitate investments in the sector; and (v) mitigate against market, credit and liquidity risks of energy sector SOES and their counterpart creditor banks” (par. 2, p 6; emphasis added).

The 2017 Report notes the importance of using ESLA to leverage the markets to resolve “the debt overhang that increased the exposure … to credit and liquidity risk and, consequently, impacted significantly on the balance sheets of their counterpart creditor banks”. Curiously, the 2018 ESLA Report (p.1) does not mention the banking sector bailout (pp.1 and p12).

This omission may not be accidental, given the attempt to exclude the ESLA Bond (and underlying bailout costs) from the public debt and fiscal deficit, through Budget disclosures that are mainly in appendices and footnotes.

Measure 14: Reduction of some ESLA levies

The 2017 Budget reduced two (2) ESLA levies: National Electrification Scheme Levy from 5 percent to 2 percent; and the Public Lighting Levy from 5 percent to 3 percent. These are popular but not fiscally progressive since they precede ESLA and are bases for the popular Self-Help Electrification Program (SHEP) and assistance for MMDA public lighting.

Measure 15: Diversion of ESLA funds for other fiscal uses

The ESLA reports note its unauthorized use to settle commitments outside the energy and road sector remit for the law. The exceptional payments include pension arrears in 2016, which compared to the “capping” earmarked funds for mainstreaming, may not be legal but establish the importance of using ESLA to satisfy an expanded fiscal mandate that cannot be met from existing falling revenues.

Parliament passed the National Fiscal Stabilization Levy (NFSL) and Special Import Levy (SIL) in 2013 as temporary taxes, among other measures, to reduce huge subsidy and wage (Single-Spine Pay Policy) arrears. The use of temporary taxes to make corrections in austerity programs has two precedents under the Presidents Rawlings and Kuffuor administration.

Recent amendments to the Income Tax Act (2015) have extended the 5 percent NSFL on profits before tax from 2013 through 2019. The amendments relate to collection, enforcement, refund and penalties of the NFSL.

GRA charges SIL at any Port of Entry at 2 percent on the Cost, Insurance and Freight (CIF) value of the goods imported into the country, with reduction in rate from 3 percent and sunset clause of 3 years, to 2 percent. Originally, NFSL and SIL were to lapse in 2017 but due to the “commitment of the Government to continue to carry out necessary social programs, it was decided to extend both levies to 2019”.

Firstly, the decision to retain the two taxes after crude oil and gas prices and output had improved points to expenditure pressures. Secondly, the decision to change the objective and mainstream SIL as budget source for social intervention is a major departure from using the temporary taxes to augment other measures in periodic austerity programs.

In 2017, the government reduced the Special Petroleum Excise from 17.5 percent to 15 percent and further to 13 percent—when crude oil prices started rising from the low US$40 pbl in the late-2014 to 2017. The multiple goals of the measure include—

replacement tax policy, the goal was to change the petroleum excise regime from specific to ad valorem—which has since reverted to specific; adoption of counter-cyclical pricing policy to support the creation of petroleum buffers to improve economic management.

filling the budget void and protecting the economy from the spate of recessions in several Sub-Saharan African (SSA) states—due to falling in commodity prices; and making the petroleum excise fairer, in relations to other products such as tobacco (rate), alcohol (rate) and soft drinks (rate).

The change to 17.5 percent excise duty rate does not make the tax new and, also the reduction in rates in 2017 seems premature. The economy had not recovered fully and the new administration had to meet many ambitious promises. Third, as a punitive tax, petroleum excise is used to protect the environment and, therefore, it is odd to replace this broad-based tax with an increase in DVLA inspection (user) fee.

Besides the streamlining of the Petroleum Excise Taxes, the key policy thrust of the taxes covered in Part 2 is their use as temporary levies in resolving cyclical downturns (i.e., SIL and NFSL) in austerity programs or specific challenges (i.e., ESLA). In this context, it is difficult to defend their retention, extension and expansion, given the recovery in petroleum and other commodity prices and virtual tripling of petroleum outputs from 2 additional oil fields. The only explanation for Measures 10 to 17 is their fortuitous use to raise revenues to meet over-ambitious expenditure programs that keeps widening gaps in fiscal deficit, borrowing and public debt.

DISCLAIMER: The Views, Comments, Opinions, Contributions and Statements made by Readers and Contributors on this platform do not necessarily represent the views or policy of Multimedia Group Limited.
Tags:
ESLA
NPP
VAT