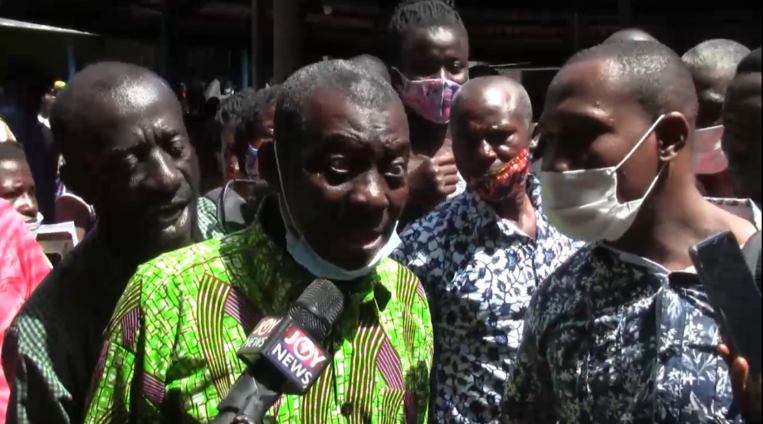 Customers of defunct Gold Coast Fund Management Limited in Takoradi have threatened to vote massively against the government NPP should they fail to issue payment of their locked-up funds before December 7.

They say the mode of payment outlined by the Security and Exchange Commission (SEC) is too cumbersome and unfriendly.

At a press conference held in Takoradi, the visibly angry members threatened that their votes, given the numbers of affected customers, have the potential of landing the NPP administration in opposition.

“Either they pay our monies or we vote against them,” one customer told JoyNews.

The group has, however, advised SEC to review its processes to ensure swift payment of their deposits.

Spokesperson for the Aggrieved Customers of Gold Coast Fund Management Limited, Charles Nyame described the process of payment as ‘tortoise and a charade’ aimed at luring them to vote for the government.

He suggests that the mode of repayment should take the form as that employed for the defunct savings and loans, and microfinance companies.

“We believe that government is trying this whole procedure to delay us so that we will be lured into the election believing that the payment process has commenced and very soon they will pay us.

“And very soon they will coil back into their initial position that court case must be finished before we are paid,” he said.

He further clarified that should government heed their call and get their monies paid before the elections they will revert to their individual voting decisions, and possibly endorse his second bid.