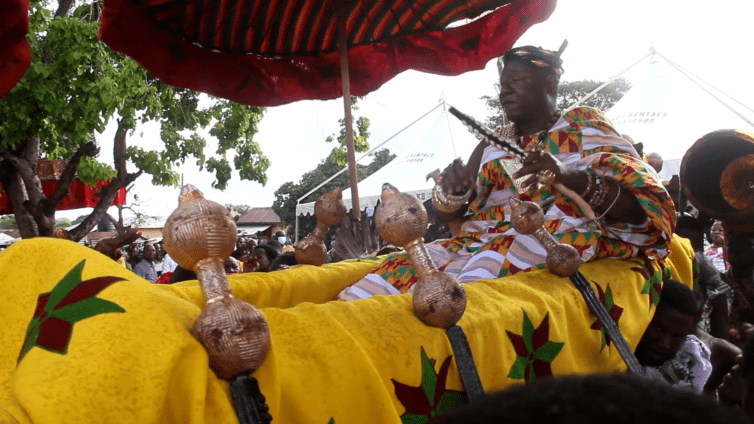 The people of the Ejura Traditional Council in the Ashanti Region have celebrated Sekyerene festival amidst a display of rich culture.

The ‘Sekyerene’ Festival is an annual event where chiefs and people thank their ancestors for providing them with abundant yam.

The 2021 celebration was on the theme “Peaceful Coexistence for Development.”

The festival was successful as it brought together people from all walks of life.

Speaking at the event, Ejurahene, Barima Osei Hwedie II, stated that the festival was about strengthening peace and unity of Ejura.

Osei Hwedie II said the celebration was one of the steps to contribute to socio-economic development of the area.

However, the chief was concerned about the inadequate security personnel in the traditional area.

He called on the government to increase the number of security personnel to fight robbery cases.

He said he will work effectively with the new MCE despite their political differences to ensure the development of the Ejura-Sekyedumase constituency.

He is confident that collaboration with the chief and the MCE will transform Ejura and its environs.

MCE elected, Mr. Kingsley Osei welcomed the MP’s call and also pledged to work with him towards addressing the numerous challenges facing the municipality. He also emphasized the need to further reinforce peace and unity enjoyed by the people of the Ejura traditional area.