Phase one of Keta Port to cost $650m – Transport Minister 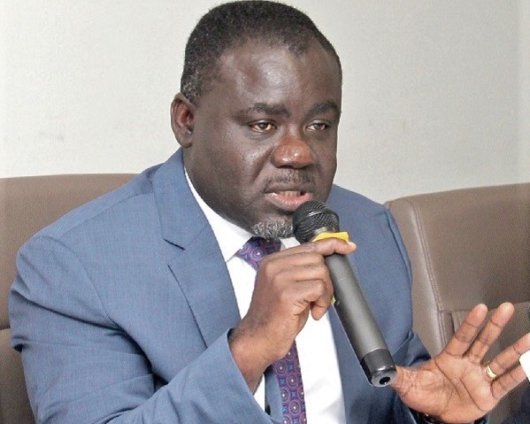 Transport Minister, Kwaku Ofori Asiamah says it will cost government about $650 million to construct phase one of the proposed Keta Port.

According to him, all necessary feasibility studies have been carried out, and thus construction on the site will soon begin.

The Keta Port, which was a campaign promise by then-Presidential candidate Nana Akufo-Addo, is expected to serve as a refuelling point for Ghana’s ships in foreign waters east of Ghana.

It is also expected to heighten economic activities in the Keta area.

Speaking at a stakeholder engagement on the project, Kwaku Asiamah said all preparatory works for the project to start have been completed.

“All the behind the scenes activities have been undertaken, the current status of the project includes, President Akufo-Addo having declared the site as a port zone, the feasibly studies for the project has been completed, a physical office structure has been completed, fully equipped and furnished…  Phase one is estimated at around $650 million,” he said.

He further explained that the Port will be constructed in phases to be at par with traffic growth at the Port.

Meanwhile, phase one will consist of a multipurpose terminal with a berth of about 500 metres, a commercial gate with access control and administration block, a RoRo dock, and an oil terminal consisting of a tank farm.

According to the Transport Minister, the government will be unable to solely fund the project; he is, therefore, calling on the private sector to financially support the project.

“I’m pleased to report that the feasibility studies are positive and studies show that the project is viable, however, it is a fact that a project of this nature is highly capital intensive and the government on its own may not be able to finance it completely,” he said.

DISCLAIMER: The Views, Comments, Opinions, Contributions and Statements made by Readers and Contributors on this platform do not necessarily represent the views or policy of Multimedia Group Limited.
Tags:
Keta Port
Transport Minister