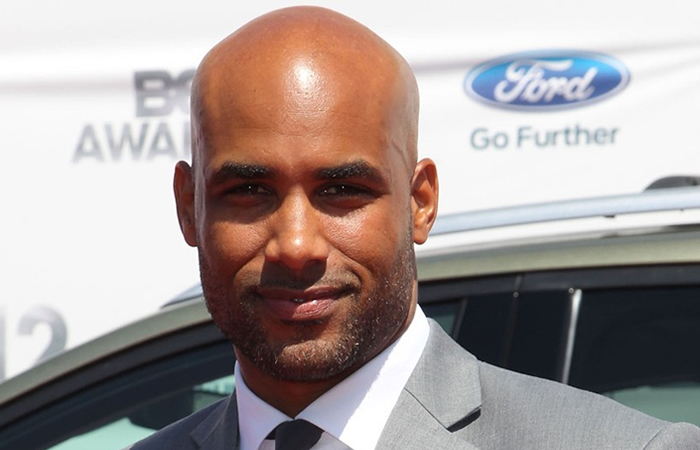 Hollywood actor – Boris Kodjoe, full name Boris Frederic Cecil Tay-Natey Ofuatey-Kodjoe has given a big shoutout to his Ghanaian heritage by uploading a photo on his Facebook and adding a touching history to it.

Kodjoe was born in Vienna, Austria to Ursula, a German psychologist of partially Jewish descent and Eric Kodjoe, a Ghanaian physician who is of an Nzema descent.

On Wednesday, he dug deep into his historical archives to share a childhood picture of his family and narrated the story that went with it.

Heritage Wednesday
Accra Ghana circa 1950.
My grandparents, Chief of Police Joseph Cecil Ofuatey-Kodjoe and Elsie Ofuatey-Kodjoe, and behind them standing from left to right, my father Eric, Kiddie, and Freddie. Why my aunt Esther wasn’t in the picture I do not know. This shot was taking a few years before Kwame Nkrumah led Ghana (formerly Gold Coast) to Independence from Britain.

Side note; my grandmother didn’t look into the lens because she didn’t know where it was. She had gone blind from cataract left untreated. I never noticed she was blind because she would always comment on my clothes and what I was doing. Little did I know that while I was sitting on her lap her housekeeper was feeding her intel in her native dialect. By the way, she founded the girl scouts in Ghana.