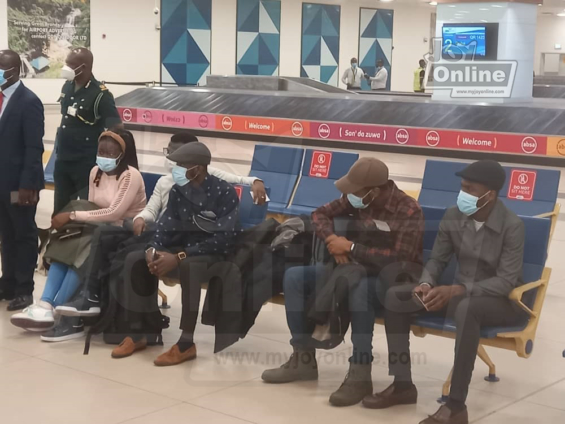 They were rescued through neighbouring countries by land due to the shutdown of Ukraine’s airspace since the beginning of the unrest in the country.

It would be recalled that International media outlets reported that Russian troops on Thursday, February 24, launched their anticipated attack on Ukraine, as President Vladimir Putin cast aside international condemnation and sanctions and warned other countries that any attempt to interfere would lead to “consequences you have never seen.”

Meanwhile, the Foreign Ministry is expected to meet relatives of affected Ghanaians in Ukraine to engage them on efforts being made to get back their relatives into the country.

Below are photos on the arrival at the Kotoka International Airport, of those who have been evacuated back home: