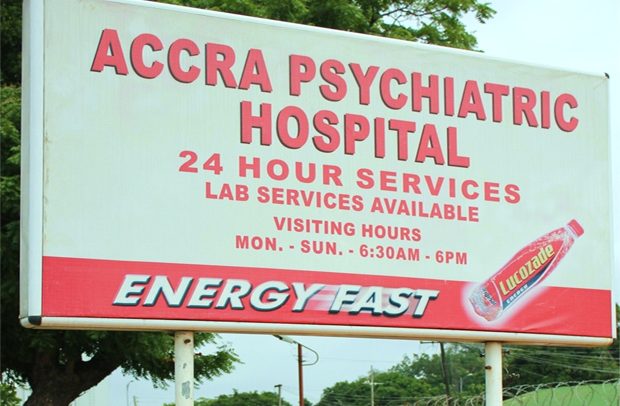 The Hospital Director and Consultant Psychiatrist at the Accra Psychiatric Hospital has disclosed that plans are in the works to establish a telemedicine unit at the facility.

Dr Pinaman Appau said one of the medium to long term goals of the hospital is to get this unit running so as to bring mental healthcare to the doorstep of the ordinary Ghanaian.

“Our main aim is to bring mental health care service to the doorstep of the ordinary Ghanaian. That is my vision for mental health in Ghana. I live for the day whereby someone does not have to move from his or her house to come to Accra Psychiatric Hospital just to receive care”.

In the light of the commemoration of mental health awareness week, Dr Appau was on Joy FM’s Super Morning Show on Friday to shed more light on the current state of mental health in the country.

The innovative idea of telemedicine, she said, came about during the peak of Covid-19 last year, particularly during the lockdown period.

Due to low patient turnout during the Covid-19 season, she said the facility decided to pilot the idea during the Mental health Week to test how feasible it would be.

“What we did was to do this calling service. We said we would do it for three days. So we bought phones for the Public Relations team. We bought some credit on it and asked people to call in if they had issues. If you did not have money for credit, just text. We would call you back”.

With the overwhelming number of calls they received during the first three days, she said the facility decided to test run it for two more weeks.

Although the facility was enthusiastic about assisting citizens with their mental health cases, she revealed that they had to discontinue due to lack of funding from government coffers,

In order to sustain this service, Dr Appau said that some form of revenue model has to be implemented during the running of the telemedicine unit.

“We don’t make money out of it. Those who can afford to call, they are using their own resources to call. But we also would look at other services. If the person needs medication, could it be that we could deliver the medication so that we also get some form of revenue”.

DISCLAIMER: The Views, Comments, Opinions, Contributions and Statements made by Readers and Contributors on this platform do not necessarily represent the views or policy of Multimedia Group Limited.
Tags:
Accra Psychiatric Hospital
Ghana
Mental Health