Planting for Food and Jobs is a failure - Keta MP - MyJoyOnline.com

Planting for Food and Jobs is a failure – Keta MP 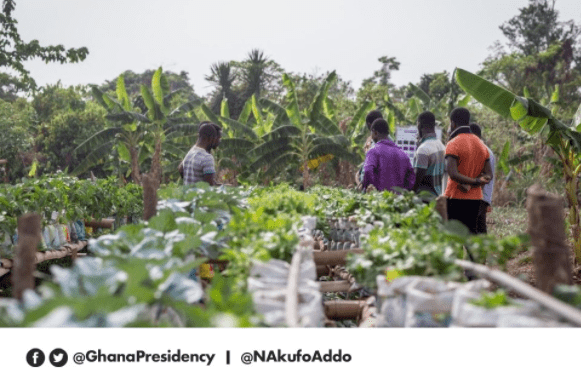 Member of Parliament for Keta, Kwame Dzudzorli Gakpey, has criticised the government’s flagship programme in agriculture, ‘Planting for Food and Jobs,’ describing it as a failure.

Speaking on Joy FM’s Super Morning Show, on Monday, April 25, the MP stated that in spite of the resources pumped into the initiative by the government, “the country is not deriving the desired benefits from it.”

“Our poultry farmers are suffering. 70% of the component of poultry feed is maize and 10% is soya and companies are in Ghana processing soya and adding value for various products and here we are, the companies are not able to get the raw materials to produce for exports as well as to feed the local industry and it’s the same soya that we are using to feed our poultry. Our poultry farms are now on the verge of collapse,” he lamented.

He said this as part of conversations on Ghana’s soya bean industry on the back of the release of the JoyNews documentary, “The Broken Chain” which highlights the shortfalls in supply of soya beans in the country.

Mr Gakpey was disappointed that though the initiative has been implemented and is running, the country still imports raw materials which can be locally produced.

“Last year the Ministry bought yellow corn,  600 metric tonnes into the country. Meanwhile, the planting for food policy is working and it is so sad that projects that we’re to do to enhance agriculture in the country are not yielding the necessary impact.

He, thus, emphasised that “the Planting for Food and Jobs programme is a failure and we need to revisit the policy, because our companies and factories are suffering and companies are willing to add value but the raw materials are nowhere to be found.”