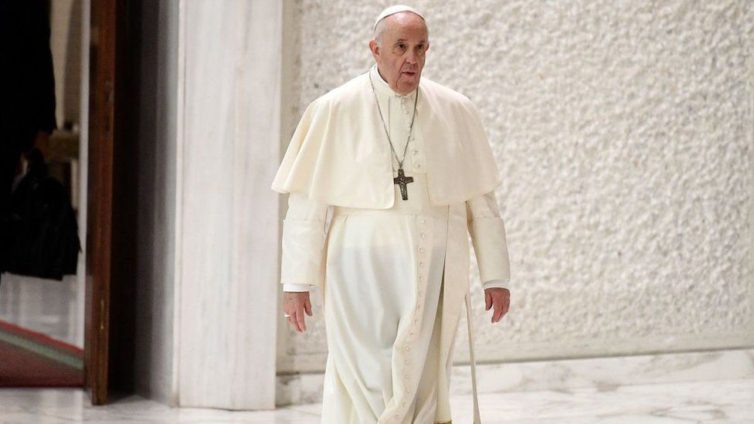 Pope Francis has agreed to visit Canada to assist with ongoing reconciliation efforts with indigenous groups, the Vatican said on Wednesday.

The trip follows disturbing revelations this spring about the indigenous children who died while attending residential schools.

The Catholic Church was essential in the schools’ founding and operation.

The date of the papal visit has not yet been announced.

The Pope has not issued a formal apology for the Church’s role, despite repeated calls by Canadians.

In a short statement, the Vatican said that the Canadian Conference of Catholic Bishops had invited the pope to make an apostolic trip to Canada “also in the context of the long-standing pastoral process of reconciliation with indigenous peoples”.

“His Holiness has indicated his willingness to visit the country on a date to be settled in due course,” the statement said.

The pontiff had already invited an indigenous delegation from Canada to the Vatican. Three groups – First Nations, Metis and Inuit – will meet with him between 17 and 20 December.

In a statement on Wednesday, Toronto Cardinal Thomas Collins said he hoped that meeting would allow the Pope to “hear directly from those who have suffered”.

The support comes after a series of unmarked burial sites were discovered in western Canada over the spring and summer, most believed to belong to former students of residential schools.

Between May and July, more than 1,100 burial sites were found. Some of the remains were believed to be of children as young as three.

Assembly of First Nations Chief RoseAnne Archibald wrote on Twitter that she would welcome the Pope to Canada “to issue a long overdue apology” and called for reparations.

“I continue to ask that the Catholic church be accountable for their role in the forced assimilation and genocide of our children, families and Nations. Someone must be criminally charged,” she said.

Jagmeet Singh, leader of the New Democratic Party, has said the church should not only apologise for its role in the school system but also offer compensation to survivors and release school records.

“An apology is not good enough,” he told CBC News.

The landmark Truth and Reconciliation Commission (TRC) report, released in 2015, detailed sweeping failures in the care and safety of these children, and complicity by the church and government.

“Government, church and school officials were well aware of these failures and their impact on student health,” the authors wrote. “If the question is, ‘who knew what when?’ the clear answer is: ‘Everyone in authority at any point in the system’s history.'”

Among the TRC’s 94 recommendations is a formal apology from the Catholic Church to survivors and their families.

DISCLAIMER: The Views, Comments, Opinions, Contributions and Statements made by Readers and Contributors on this platform do not necessarily represent the views or policy of Multimedia Group Limited.
Tags:
Canada
Pope Francis