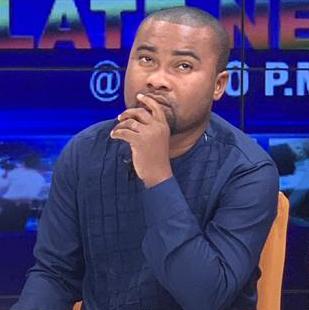 A leading Member of the New Patriotic Party (NPP), Razak Kojo Opoku has said Ghana under President Nana Addo Dankwa Akufo-Addo is not experiencing the culture of silence.

He said much as Journalists were entitled to free speech or press freedom, they must also be responsible enough to avoid the whip of the law.

Mr. Kojo Opoku who was speaking to journalists in Accra on Sunday said ‘the fact that you want to enjoy press freedom or free speech does not mean that you can say or write anything against the government without facts and empirical evidence to substantiate the allegations.’

He alleged that some Journalists and celebrities recently descended on the President by peddling falsehood that he was against press freedom, which he said was unacceptable.

Mr. Kojo Opoku said one of the powerful tools for journalists and ordinary citizens was the Right to Information Act, 2019(Act 989), aimed at empowering journalists and deepening press freedom, free speech and free access to information, which was passed and assented by President Akufo-Addo.

“Of course the Criminal Libel Law was repealed by former President Kufuor’s regime.”

He said it was important to note that aside President Akufo-Addo playing a useful role in former President Kufuor’s government in repealing the Criminal Libel Law, his government also passed the Right to Information Act 2019(Act 989) which successive governments failed to do.

“Using myself Razak Kojo Opoku as an example, some Journalists have been bashing me right, centre and left over a highly doctored audio without even giving me the opportunity to clarify the content of the audio, this cannot be called responsible journalism, press freedom or free speech.

“This is purely unprofessionalism on the part of those journalists who are doing that kind of biased and money- sponsored evil agenda against me without providing me even a single opportunity to present the original audio to them”.