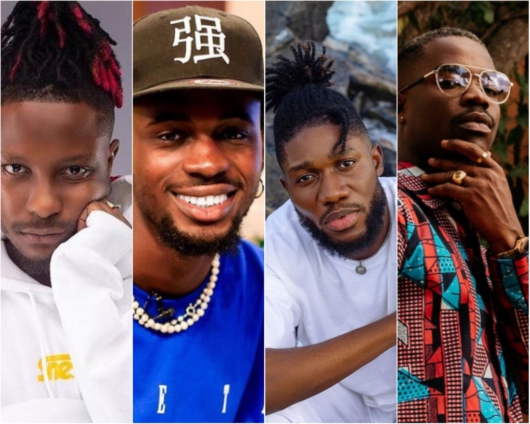 Ghanaian sound engineer and producer, Samsney, has released his first single for the year, ‘Kuacha” which features Black Sherif, Kelvyn Boy and Darkovibes.

Recognized for his amazing musical production prowess, Samsney has carved a unique niche for his sound which commands the attention of music lovers across the globe.

Following the success of his 2021 hit single, ‘Goldigga’ which featured Black Sherif, ‘Kuacha’ shows the creative ingenuity of the young producer’s artistry of blending Ghanaian highlife with drill to create a street anthem.

The song begins with famous Ghanaian guitar progression of ‘Yaa Amponsah’ and transitions to a drill feel.

Speaking on the song, Samsney expressed his strongest desire of embracing his roots and embodying the traditional highlife sounds together with other genres to create songs which will appeal to everyone who listens to his art.

Black Sherif, Kelyvnboy and Darkovibes the featured artistes brought the song to life with mellifluous melodies and catchy hooks which brings a hustler’s vibe with a   meaningful groove

Samuel Sarpong who goes by the moniker Samsney or Savagemix Sney is a record —producer and sound engineer from Ghana, West Africa.

Born on April 9, 1995 at Odorkor, a suburb within the Greater Accra Metropolis in Ghana.

His Midas touch can be felt on genres such as Afrobeats, Highlife, Hip hop and Trap with Golddiga, a smash hit released in 2021 which features Ghanaian superstar, Black Sherif being his first single.

‘Kuacha’ is available on all digital streaming platforms.