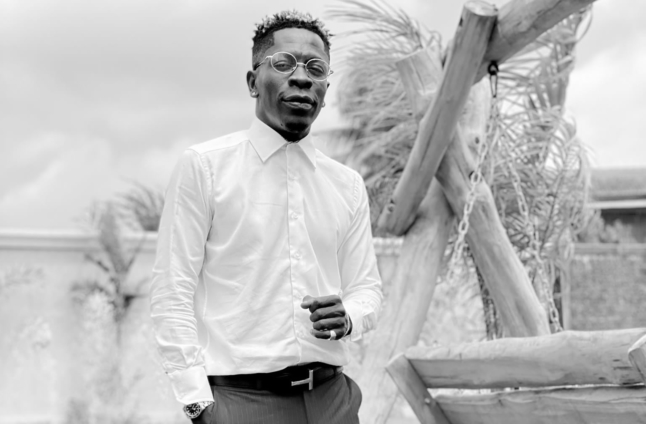 Civil Society Organisation, Alliance for Social Equity and Public Accountability (ASEPA) has charged the CID to arrest, investigate and prosecute dancehall artiste, Shatta Wale and his publisher for circulating fake news about a supposed attack on the musician.

The CSO wrote that “the first respondent (Shatta Wale) has a huge following in Ghana, mostly young energetic people and that the false news of his attack could have triggered a reprisal attack from his followers which could have breached the public peace in excess and with possible casualties.”

“That the first and second respondent (publisher Nana Dope) must be immediately arrested, investigated and arraigned before Court and charged in accordance with the Criminal Code,” the group added.

The demand comes after Shatta Wale’s personal assistant and a few other people posted on social media that the musician had been shot by unknown gunmen and was receiving treatment at a medical facility.

But taking to Facebook in the early hours of Tuesday, Shatta Wale gave an indication that his action was a publicity stunt to campaign against fake prophets.

However, ASEPA believes that the failure of the security agency to act in this matter could lead to unnecessary publications due to reproduction of false news by entertainers and celebrities, with the intent to court public attention.

They added that the use of such trends by entertainers to promote their products (album or project) must not be encouraged.

“We hope the police would act accordingly and swiftly and give this matter the needed attention to sanitize the Entertainment Industry,” ASEPA stated.

Meanwhile, Shatta Wale has been arrested by the Police Service on Tuesday, October 19. The Service confirmed his arrest through a Facebook post.

Alongside the singer, two individuals were also arrested for their involvement in the circulation of falsified information on the alleged gunshot attack on the reggae/dancehall artiste.

Kojo Owusu Koranteng and Eric Venator according to Police report circulated false information with regards to Shatta Wale’s safety with the intention to cause fear and panic. They were apprehended earlier today.

The Police suspected the involvement of the “My Level” hitmaker after he broke his silence following viral reports that he had been attacked and shot by unknown assailants.

“Shatta Wale and one other person popularly referred to as ‘Deportee’ are currently being pursued for their possible involvement and knowledge of the circulation of false information with the intention to cause fear and panic. No one will be spared if Police investigations point to their possible criminal culpability in this matter,” the Service assured.