Putin has agreed to open safe passage for Ghanaians and others - Foreign Ministry - MyJoyOnline.com 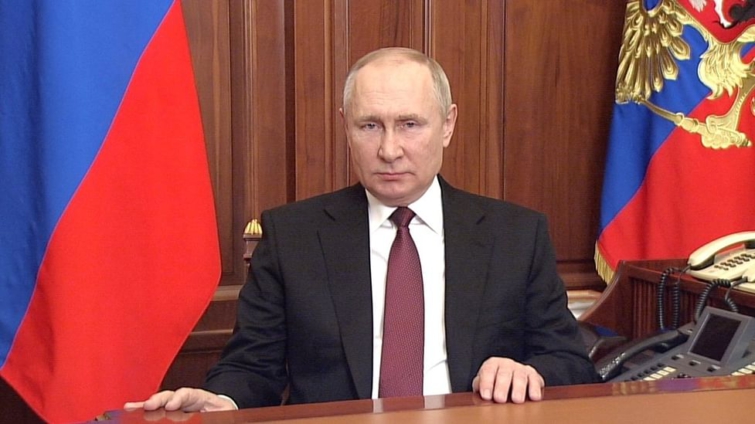 The Foreign Ministry says government has reached an agreement with Russian President, Vladimir Putin, to allow for the safe passage of Ghanaians, particularly students, in war zones in his territory.

According to the Deputy Minister of Foreign Affairs, Kwaku Ampratwum-Sarpong, the Red Cross has also agreed to participate in evacuating Ghanaian citizens caught up in Kharkiv.

“As of this morning, after lobbying the Russian authorities and President, President Putin has finally said they will open a safe passage for citizens caught in Kharkiv and other areas, and that will start immediately,” he added.

The Deputy Minister announced this on Friday morning when they received the second batch of Ghanaian nationals who escaped from Ukraine to Poland.

According to AdomNews, 24 compatriots arrived at the Kotoka International Aiport (KIA) on Friday, March 4.

Meanwhile, Mr Ampratwum-Sarpong has noted that the Hungarian government has agreed to take in the affected Ghanaian students who are prepared to transfer to universities or continue their education in Hungary.

He added that “they are prepared to match whatever facilities, whatever financial obligations being paid in Hungary, so there is a window of opportunity that all is not lost.”

Also, the Ghana Psychology Council has registered its readiness to provide psychological support to Ghanaian students who have returned from Ukraine. According to the Council, this is imperative due to the trauma they have been exposed to.

On March 1, the first batch of Ghanaian nationals evacuated from Ukraine, including students, arrived in Accra.

They were rescued through neighbouring countries by land due to the shutdown of Ukraine’s airspace since the beginning of the unrest in the country.