Reality Zone with Vicky Wireko: The Bawumia factor - Heaven knows we will get there - MyJoyOnline.com

Reality Zone with Vicky Wireko: The Bawumia factor – Heaven knows we will get there 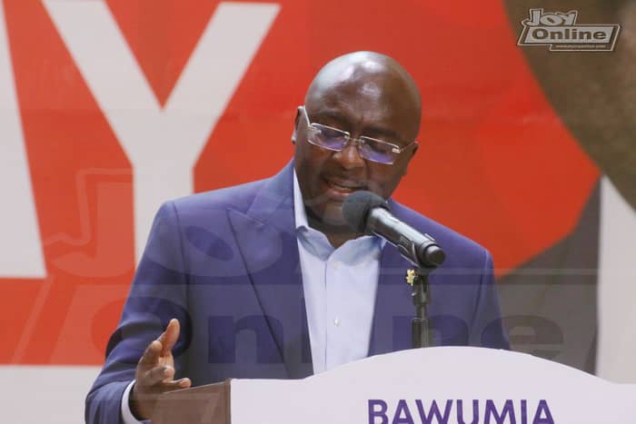 The disadvantage of a weekly column is that one does not always stay current with news commentary/views. Most of the time, the commentary comes after the juicy bits have been extracted.

Thankfully however, with the Bawumia factor, late commentary tastes even better the longer it takes to get it out from the wineskin. And so, I now have the opportunity to savour the vintage wine.

I have had a good savouring of Vice President Dr. Muhamudu Bawumia’s assurance to the nation one week after. And boy oh boy, he spoke. A complete state of the nation is what he gave us, taking us through the state of our local economy juxtaposing it with other economies around the world including our own Africa.

One may hate to love him depending on which divide one is in. But really, the Bawumia factor gets assuring. He has an unshakable understanding of the economy and he ensures he brings his understanding to the level of everyone, because after all, he delivers to convince and to carry as many as possible along.

His assurance two hour speech of 7th April delivered at the training and orientation conference of TESCON, the youth and student wing of the NPP, succeeded in tickling one’s conscience even as we pass through this critical period of economic tribulation.

He unequivocally assured Ghanaians that the NPP government was building a new economy that is hinged on strong and resilient fundamentals. Really?

So should one take it that what he and his economic management team have been doing in the last five years is continuously removing corroded exposed metal pillars and putting in stronger iron rods for a better structure? I am only casting one’s mind back to his popular saying in 2016, that when the fundamentals are weak, the economy will be badly exposed.

Well, Dr. Bawumia seems to have come to the TESCON meeting well prepared with solid state of the nation information as he called on everyone to rally behind the government to celebrate achievements big or small.

He had so much padded under his blue shirt sleeves which were under another shade of blue jacket that day as he braved the difficult economic charged environment and appealed to every Ghanaian to celebrate an impending new order.

I got enchanted as he elaborated on his assertion. Before long, his inviting body language, coupled with giggles and smiles, he continued to dish out the good news of the new economy being built and which is hinged on stronger fundamentals.

He gave one a list of ticks to reason with, Covid-19 notwithstanding.

Benchmarked against his government’s first term, he told us that the agricultural sector was growing at as much as double the rate it grew in the previous four years. Good to know.

He said the industrial sector was growing at double the rate of the previous four years.  Another good to know.

He went further to inform us that the services sector recorded a higher average growth than the previous four years. A hard clap for that.

What gave me cause to give him thumbs up was fact that his assertions took his own government of four years ago as his benchmark. The man stood on a politically charged podium but with a level head and a serious national assignment on his mind, he spoke with no political mischief or malice. He dealt with facts pertaining to the true state of Ghana and our match forward.

Having admitted the difficult economic condition currently bedeviling our country and short of apologising to all citizens for the hardships, Dr. Bawumia carved the clear picture of the world economic depression first as a result of the pandemic of two years ago.

He then touched on the supply chain disruptions around the globe, global fuel price increases, and the FAO’S global increase in food price index showing an increase of 48 per cent. And of course, he did not leave out the link to the Russia-Ukraine war which has not made things any better for the world.

His detailed table on world inflation rises which he compared to Ghana’s, gave clear indications to some of us that Ghana has hopes of rising again.

And so from interest rates to fiscal balance and debt, our surplus trade balance and exchange rate fluctuations coupled with panic triggers for the US dollars which resulted in the sharp depreciation of the Cedi exchange rate, Dr. Bawumia, in my lay mind, explained with ease of understanding, the harsh economic situation confronting us today.

With that understanding, my verdict was simply that there is hope for the future of our country and he used a body language that complimented his words to tell it all.

A new economy is being built for Ghana. The foundations are being supported with stronger pillars.  It is only a matter of time and we shall sing along.

So, as Osibisa sang, we are going and heaven knows where we are going.  We will get there.

We surely know we will.