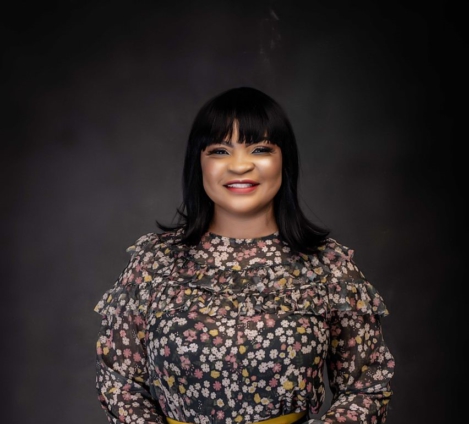 It was just another day in the newsroom and as expected stories were being discussed to find the compelling ones that will make it to our discerning audience.

During such meetings, what I mostly do is work on my content and updates. Well, unless I have something reasonable to add to the ongoing discussion, all I do is shut up and listen! Elvis Quashie, The Real Boss was very particular about that.

On this fateful day, I didn’t have anything to say, so I did the honorable thing.

When it got to pitching story ideas one of my colleagues mentioned that in northern Ghana, some young people have resorted to using plastic rubbers or bags as an alternative to condoms.

And their reason was that they are shy to walk into shops to buy condoms.

Yes, you heard that right!

I was utterly shocked, I had to ask my colleague to repeat himself. Not that I didn’t hear what he said, I just wanted to be sure.

But, sadly, it is the reality and there was proof of what he said…

After the rather unsettling revelation, there was a major conversation about condoms and the stereotype that comes with SEX.

That was the moment I revealed to my colleagues that the last time I saw a condom was in my Junior High School days.

And it reminded me of an interesting conversation I had with my sister about condoms a week before I left London for Ghana.

I was going to share that in the newsroom but I had to rush to present the Showbiz segment on JoyNews Today.

When I returned, everyone was minding their business so I moved on too.

It was a call from my sister that reminded me of the condom conversation all over again.

It was one fine Friday afternoon, in the Midlands, we were going to pick up my niece from school when I started feeling uncomfortable and uneasy.

The discomfort was familiar so I knew the remedy for it. I asked my sister if she had Gaviscon, the remedy, at home.

But she wasn’t sure, so to play it safe, she suggested we should pass by the pharmacy to get it before dashing back home.

Soon after we picked up my niece, we went straight to a supermarket close by.

On the medical shelve, I went straight to where I first saw Nexuem one of my meds, then stood just there glancing through so I could get my remedy.

In a nanosecond, I found it and picked it up with the mind of paying for it before leaving for the house.

My sister, on the other hand, had other plans.

After I picked Gaviscon, I saw my sister right behind me, pointing to a certain ‘drug’.

She’s a nurse so I take her words seriously when it comes to health care.

So I started pointing to the packs I thought she was referring to until I tapped one red pack that had big red lips drawn on it.

My response was very instant; “I don’t need big lips!”

I further asked if it was a medication some people use to lift their lips, a topic we had discussed before.

My sister for a second was shocked.

And with a disappointing voice, she asked “Becky, haven’t you seen a condom before?”

I took a second look at the box and there it was. Scripted on the box was, ‘Durex’ and just beneath that was 8 condoms.

Shyly I said to my sister “they should have just written it boldly because I never knew. Also, it’s not something I use.”

She was stunned and asked me to pick up one so we pay for it.

“I am surprised you can’t recognize a condom when you see one! What have you been using then?”

Back at the car park, I opened and took two tablets of the medication I went looking for, felt a bit of relief when we got home.

Later that evening, I overheard my sister telling our Big sister on the phone about how I couldn’t recognize a condom when I saw one. (Should that even be a big deal?)

But that was the least of the battles I had to take on that day.

Apparently, my 10-year-old niece, Annabella, had seen the two boxes of medication in my bag and wanted an explanation for each of them.

The first one was quite easy. I told her, I was using it to cure a headache I was experiencing.

The second one, which is the box of condoms was a tough one.

But, as a responsible aunty, I first corrected her that it was a drug but a box of condoms. And I ended there, but the curious girl will not let me off the hook easily.

So I explained, “Anna, Condoms are used to protect us from STIs like Gonorrhea and stuff.”

Upon all the questions she could ask, this 10-year-old asked, “Do you have gonorrhea?”

“Anna, condoms are mainly for sex, when you have sex the possibility of you having a baby is high, also when you have sex with multiple people who are infected with sexually transmitted diseases it could be transmitted to you. And that’s how my darling why people need condoms. To add to that it’s sometimes used to prevent unwanted pregnancies. You can read about it quietly and let me know what you think,” I calmly replied.

“But auntie, I hope you will still give me the twins you promised?”

I just laughed at this point. And your guess is as good as mine, the conversation came to an end.

But wait oo… Keepers of the gate of wisdom, please let me in on this one. When is the right age to educate children about sex?

How do you educate them about all the protective measures to take?

Do we still have teenagers who are shy in our parts of the world about buying condoms?

Are Condoms that expensive? Kindly share your views with me, I will love to hear them because it looks like I have some learning to do myself.

NB: Please anyone who can provide us with condoms should get in touch with us we need to give those who can’t afford.